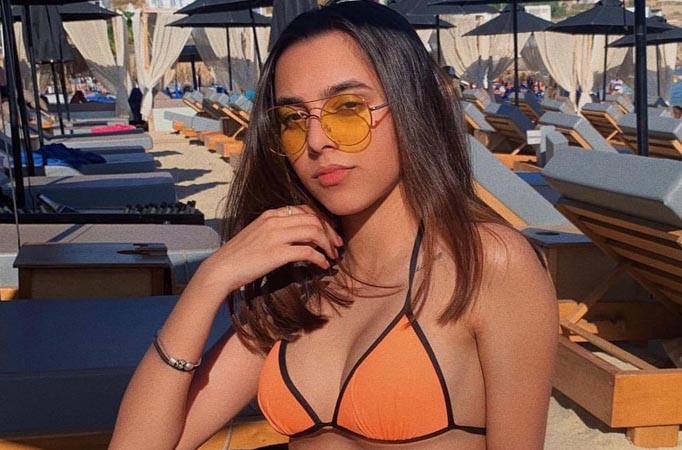 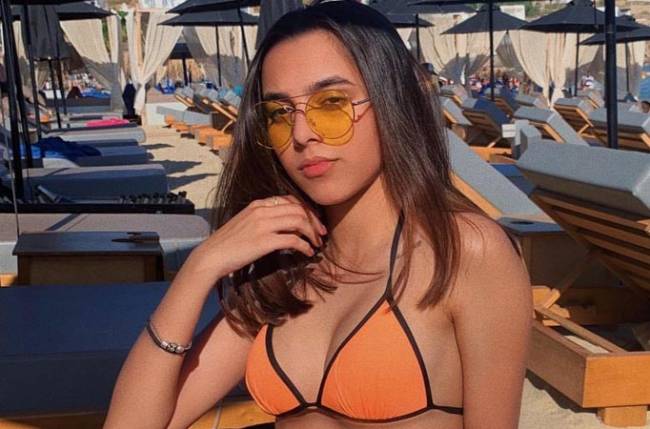 MUMBAI: Star kids always makes into the headlines in whatever they do, we see many celeb kids are the internet sensation and grabbing all the attention of the fans all over, one of them is filmmaker, Anurag Kashyap’s daughter, Aaliyah Kashyap who’s known for her alluring pictures and high-end style. From sharing mushy videos with beau Shane Gregorie to pretty resort wear pictures, Aaliyah has grabbed attention from time to time in all of them.

Recently, she took to her Instagram handle to share yet another mesmerising picture of herself to promote a loungewear label. In the picture, Aaliyah can be seen donning a black and white bikini set while casually lounging by a couch as she strikes an impressive pose for the camera.

While the picture got a lot of attention from netizens, it also attracted a hilarious reaction from Aaliyah’s close friend, Late Sridevi, and Boney Kapoor’s daughter, Khushi Kapoor. Khushi commented in the post, “Shaadi me Rn.” Soon after this, Aaliyah replied back, “OMW (On my Way”. 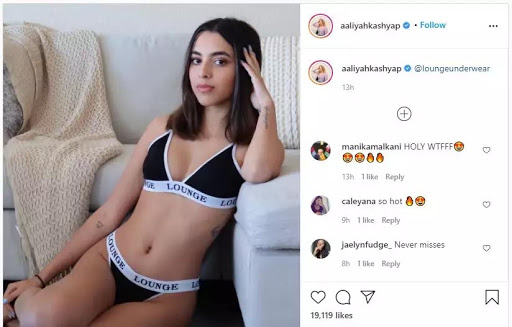 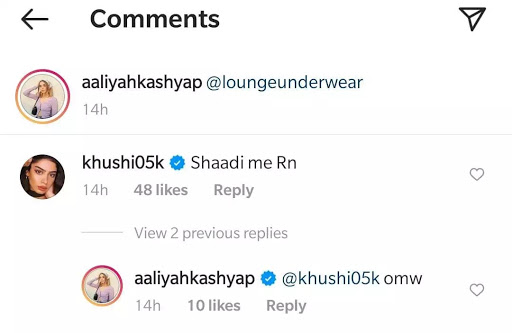 Aaliyah and Khushi are often seen dropping sweet comments on each other’s social media posts. Recently Khushi had shared an alluring selfie of herself and Aaliyah was spotted gushing over it as she commented, “Obsessed with you.”

Anurag Kashyap’s daughter Aaliyah is grabbing all the attention with her black and white bikini pic, here is how BF Khushi Kapoor reacted