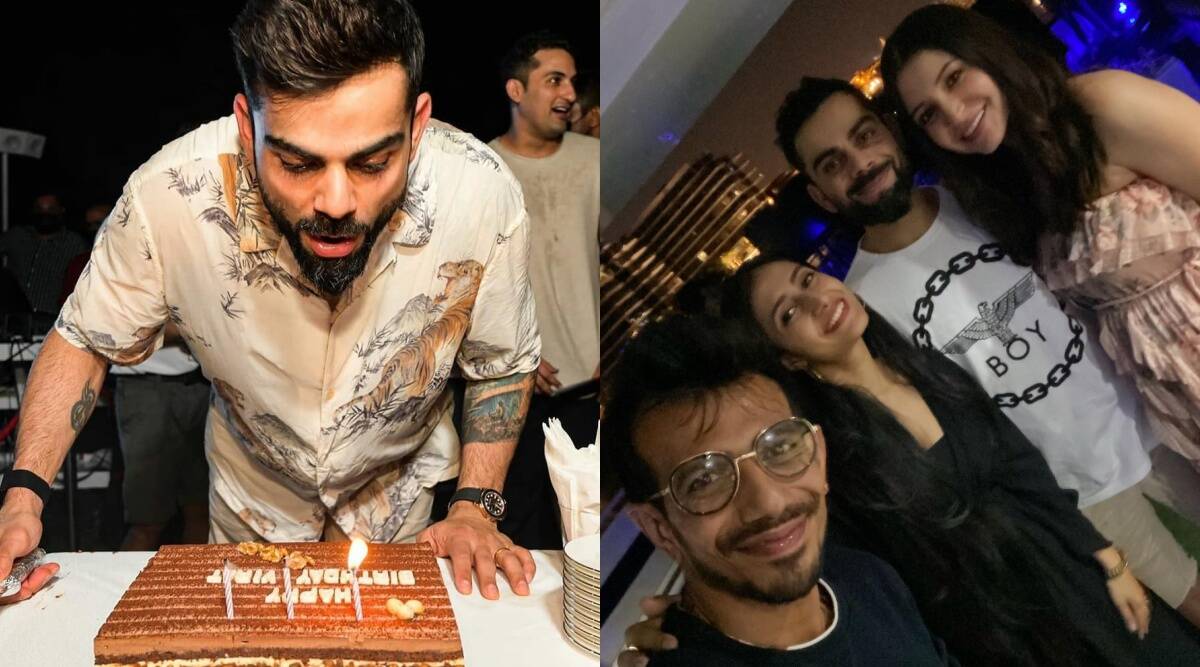 Anushka Sharma rang in husband Virat Kohli’s 32nd birthday in Dubai, along with his IPL team Royal Challengers Bangalore (RCB). A video from the celebration has emerged on the fan pages of the two stars.

In the video, Kohli is seen cutting his birthday cake with wife Sharma cheering for him. Also, Dhanashree Verma, Yuzvendra Chahal’s fiancee, is seen at the birthday party. A few photos of Virat, where his face is covered in his birthday cake, have also been doing the rounds on social media.

Wishing Virat Kohli on his birthday, Dhanashree posted a photo from the celebrations and captioned it, “Happy birthday @virat.kohli ⭐️ I feel extremely lucky to be celebrating your birthday with the best people around @anushkasharma @yuzi_chahal23 You’re an inspiration to many and you guys are the most sweetest people I have come across. Keep growing and keep inspiring.”

Anushka Sharma is in UAE with Virat Kohli for the Indian Premier League. She is often seen at the stadium cheering for him and his team Royal Challengers Bangalore. On the work front, Anushka recently produced acclaimed projects Pataal Lok and Bulbbul.

RELATED:  Ananya Panday opts for head to toe white in I Am Gia for Deepika Padukone's birthday: Yay or Nay?