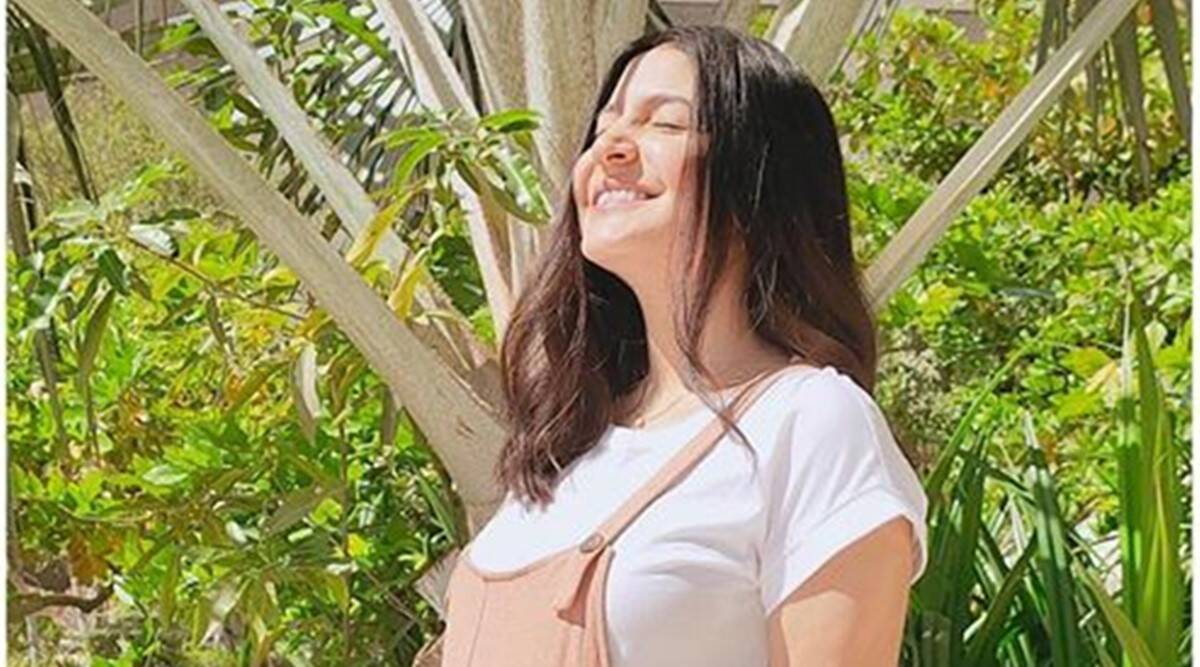 Bollywood actor Anushka Sharma, who has been treating fans to adorable pictures from her journey to parenthood, on Monday posted a couple of sun-kissed photos of herself, sporting a visible baby bump.

Anushka took to Instagram to share the photos. She captioned them, “Pocketful of sunshine.” The Paatal Lok producer wore a peach and white jumpsuit as she posed for the pictures.

The actor-producer is currently in Dubai to support husband Virat Kohli and his team Royal Challenger Bangalore in the on-going Indian Premier League.

On Sunday, Virat Kohli took to Instagram to share a romantic picture of himself and wife Anushka Sharma. The photo was clicked by his team member and South African cricketer AB de Villiers.

Anushka and Virat announced the pregnancy in August. The couple, who tied the knot three years ago in a private ceremony in Italy, is set to welcome the baby in January 2021.