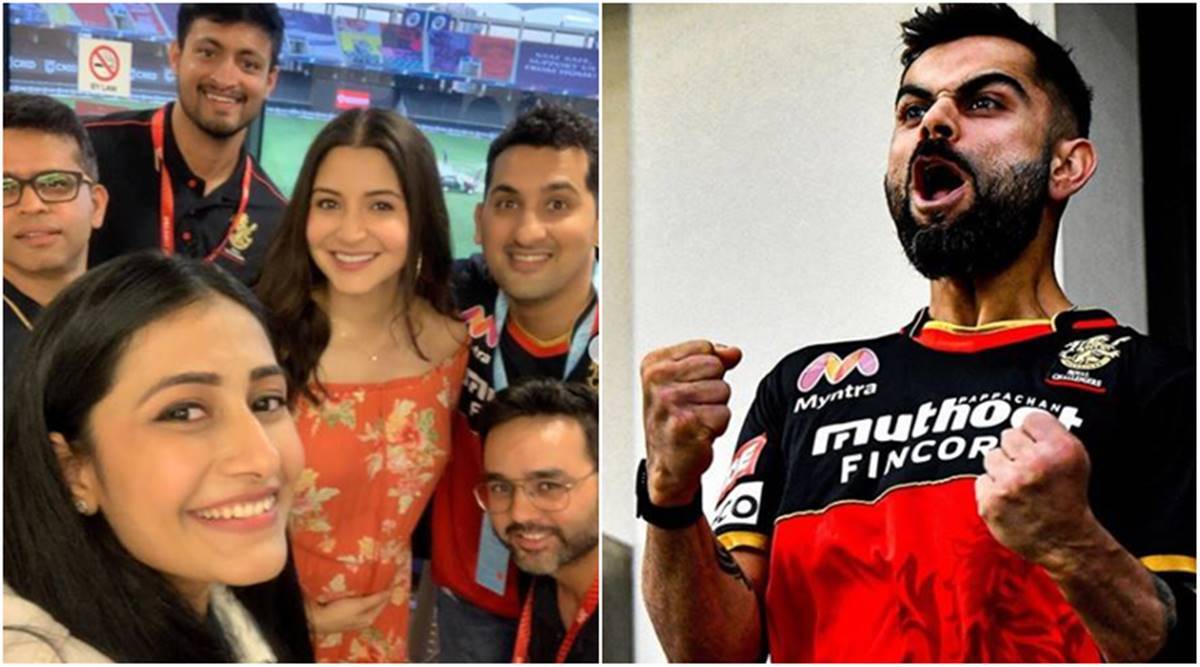 Anushka Sharma and Dhanashree Verma attended Indian Premier League 2020 team Royal Challengers Bangalore’s match on Saturday. The actor and YouTuber were in Dubai to cheer for their partners Virat Kohli and Yuzvendra Chahal, respectively. Verma shared happy photos on her Instagram account and wrote, “Happy people. Sharing some happy moments from my first match. Congratulations to the team.”

Royal Challengers Bangalore won a match against Rajasthan Royals by seven wickets, and AB DE Villiers won the Man of The Match award.

In the photos, Anushka Sharma looked pretty as a picture as she held on to her baby bump. Anushka and Virat are expecting their first child. The actor announced her pregnancy in August and informed fans that their little one will arrive in January 2021. Later in September, sharing an adorable photo of herself, Sharma wrote, “Nothing is more real & humbling than experiencing creation of life in you . When this is not in your control then really what is?”

Dhanashree Verma, on the other hand, had her roka ceremony with Yuzvendra Chahal in September this year.

RELATED:  Rohit Sharma shares cute picture with daughter and wife Ritika on the eve of Valentine's day- Check out