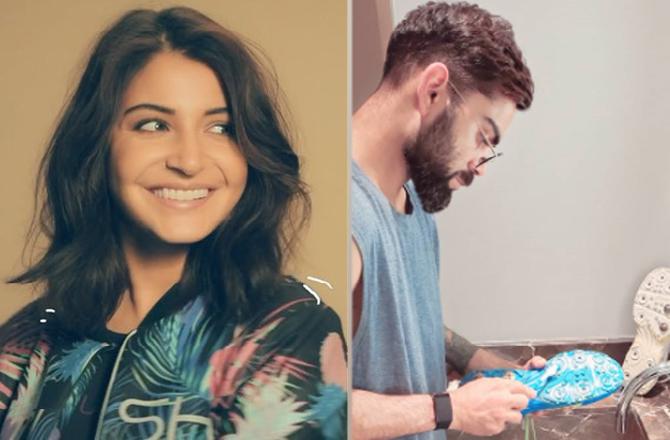 Anushka Sharma has been away from the celluloid for over two years. She was last seen with Shah Rukh Khan in Zero in 2018. She did produce Paatal Lok and Bulbbul but is yet to announce her next film as an actor. And during this lockdown, she shared some hilarious and incredibly original videos with her hubby Virat Kohli.

And now, talking to her Instagram account again, she captured the captain of the Indian Cricket Team in a candid moment. He could be seen cleaning the muddy spikes of his shoes and she couldn’t resist the moment. Have a look at the post right here:

Virat Kohli has been granted paternity leave and he will return to India after the first of the four Tests against Australia ends on December 21, the Board of Control for Cricket in India (BCCI) announced on Monday.

The first Test starts on December 17 in Adelaide. Kohli’s wife Anushka Sharma is expecting their first child. The BCCI statement, however, did not make it clear if Kohli would return for the rest of the Test series or not. The Test series for the Border-Gavaskar Trophy will be played between December 17 and January 19.

Virat and Anushka are expecting their first child in January next year. They shared the happy news in August, along with the caption: “And then, we were three! Arriving Jan 2021.”