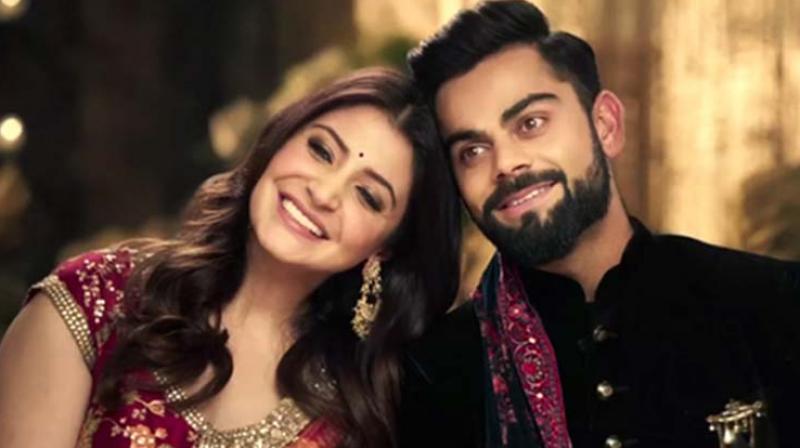 Bollywood Star Anushka Sharma shared a cute and adorable post of her and the Indian captain, Virat Kohli, together on the eve of Valentine’s Day 2021 on social media. Anushka Sharma had recently given birth to her baby daughter Vamika and Virat had taken paternal leave in the tour to Australia to take care of his wife. Kohli returned to India after the first test expecting his childbirth.

India created history without their captain Virat Kohli as India managed to win the series 2-1 under the leadership of Ajinkya Rahane. With a number of injuries and senior players not available, Rahane marshalled the troops really well and inspired a young team who never looked like going down without a fight. Kohli was really happy about the way India played in Australia and it is the team he had built over years to pull out performances likes these.

“My Valentine Every Day Forever And Beyond” – Anushka Sharma

Anushka Sharma was happy to show the amount of love she has for her husband Kohli on the social media as she posted a photo of both in the sunset. She brought out beautiful words on a special day as she mentioned Kohli as her valentine every day forever and beyond with a heart emoji. The photo was so good that the fans of the couple were so blessed to have witnessed the love between them.

“Not too big on this day in particular but today seemed like the quintessential day for posting posed sunset photos,” Anushka Sharma wrote in the picture she posted on the valentine’s day.

“My valentine every day forever and beyond,” she added.

Virat Kohli will be looking to overcome the century drought he has been going through the last two years. He has got a lot of starts and half-centuries, but couldn’t convert it to hundreds which are very rare for a player like him. Despite him not getting hundreds, he is averaging more than 50 in all the formats still and is one of the fewest players in the world to have so.

Kohli is currently playing against England in Chennai and he will be looking to end his century drought in the series.