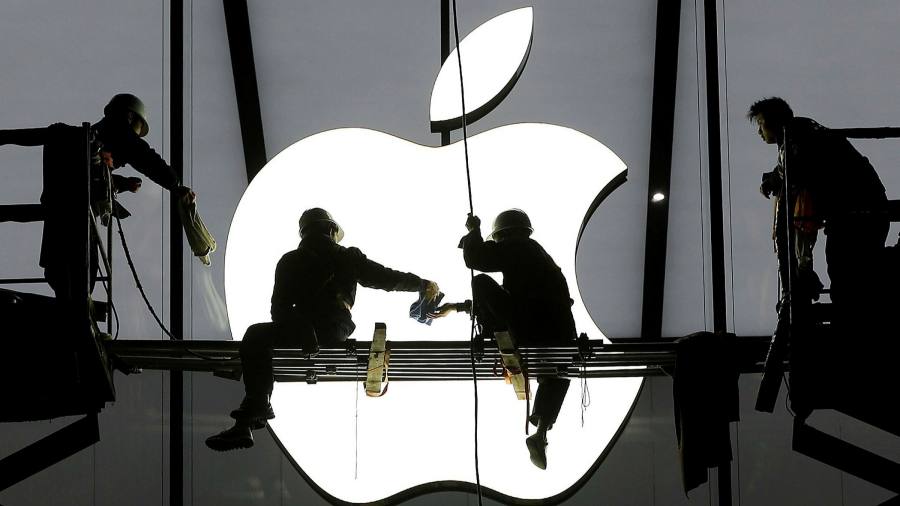 Hi everyone, James here in Hong Kong. We all love stories about secretive labs developing the technologies of the future. Well, our Taipei team has a cracker for you this week (The Big Story). Elsewhere, Tesla is on the naughty step in China and North Korea is staging cryptocurrency heists online (Mercedes’ top 10). Kenji makes a good point about teleconference censorship (Our take), and don’t miss Nintendo doing a number on PlayStation (Spotlight). Take care till next week.

At a secretive lab in a Taiwan science park, Apple is developing ultra-advanced display technology. It has partnered with TSMC, the world’s largest semiconductor foundry, to create a new technology for augmented reality devices, write Lauly Li and Cheng Ting-Fang, Nikkei staff writers.

Anyone who signs up to work on the Apple-TSMC programme must sign a strict non-disclosure agreement that forbids them from even meeting friends or acquaintances working in the tech industry.

Key implications: The technology under development is called micro OLED display and is radically different from conventional LCD screens or the OLED displays in high-end smartphones.

Micro OLED displays are built directly on to wafers, the substrates that semiconductors are fabricated on. This allows for displays that are far thinner, smaller and use less power than conventional screen displays.

These qualities make the technology more suitable for use in wearable augmented reality devices, according to sources familiar with the projects.

Even though Zoom and other teleconferencing devices have helped us remain connected during the pandemic, there are nevertheless disturbing aspects of this technology for a journalist, writes Kenji Kawase, chief business news correspondent for Nikkei Asia. A new form of censorship is afoot.

Teleconferencing platforms give organisers the upper hand in screening out or cutting off questions, and they are thus taking advantage of the fact that most interviews are now conducted online. Under the “old normal”, when we met face-to-face in conference rooms, our questions would at least be heard. If they were rebuffed, we could always rush up to the interviewee after the conference to pose a question again.

A couple of instances happened last week. One was at an online press conference on Chinese credit trends, at which my written questions on bankruptcy and defaults at China’s HNA Group and Tsinghua Unigroup were ignored. At another conference held by a Chinese supermarket chain invested in by the Alibaba Group, my follow-up question was cut off after I started asking about the whereabouts of Jack Ma, co-founder of Alibaba. Ma had been out of public view for three months until January 20.

The explanations we get for not airing our questions are usually “time constraints” and “technical problems”. Well, it could be so. But there is usually enough time left and are technical glitches always so ill-timed?

After a year of living under social distancing, there is talk that these teleconferences are here to stay even after the pandemic has abated. To be sure, there are advantages in being able to e-meet people who are not physically accessible. But my wish is to revive the “old normal” as soon as is feasible.

Shuntaro Furukawa is riding high. The Nintendo boss is finding that not only are stay-at-home lifestyles during the pandemic boosting demand for his company’s Switch gaming console, but also his biggest competitor, Sony, is on the back foot.

“Demand has been stronger than expected even after the new year,” Furukawa said last week. The Kyoto-based company sold over 11m Switch units, including its handheld Switch Lite, during the October-December period last year, up 68 per cent over the previous quarter.

The Switch’s family-friendly nature and broad user appeal continue to draw in gamers and support sales during the pandemic.

Nintendo’s booming Switch sales were more than twice those of Sony’s PlayStation 5 during the year-end holidays. A big thing hampering Sony’s rollout of the PS5 was a shortage of semiconductors. US chipmaker Advanced Micro Devices, which supplies Sony, has warned the shortage may persist.

Art of the deal

Renesas Electronics of Japan said this week that it will acquire Dialog Semiconductor, a UK chip designer that counts Apple as its biggest customer.

The $5.8bn deal is seen primarily as a 5G telecoms play for Renesas. Gartner, a research company, predicts that 35 per cent of the total 1.5bn smartphones sold in 2021 will be 5G phones.

Dialog, which is listed on the Frankfurt Stock Exchange, relies on Apple — the US giant accounts for about 60 per cent of its sales. Recently, the chip designer acquired companies with internet of things technologies to diversify its business.

The Japanese chipmaker, which has mainly sold chips to the auto sector, has also been trying to build up its internet of things and data centre businesses as a means to diversify.

SoftBank Group has urged some of its high-profile portfolio companies to accelerate plans for stock market listings, telling them they should capitalise on a strong investor appetite for the booming tech sector.

The advice is borne out by its own stock price, which hit a 21-year high last Friday after Auto1 Group, a German online car dealer backed by the Vision Fund, soared in its stock trading debut a day earlier.

One executive at a company backed by SoftBank’s Vision Fund said the giant Japanese investor was being clear in its advice to portfolio companies. “This is a once-in-a-lifetime opportunity, and you should take it.”