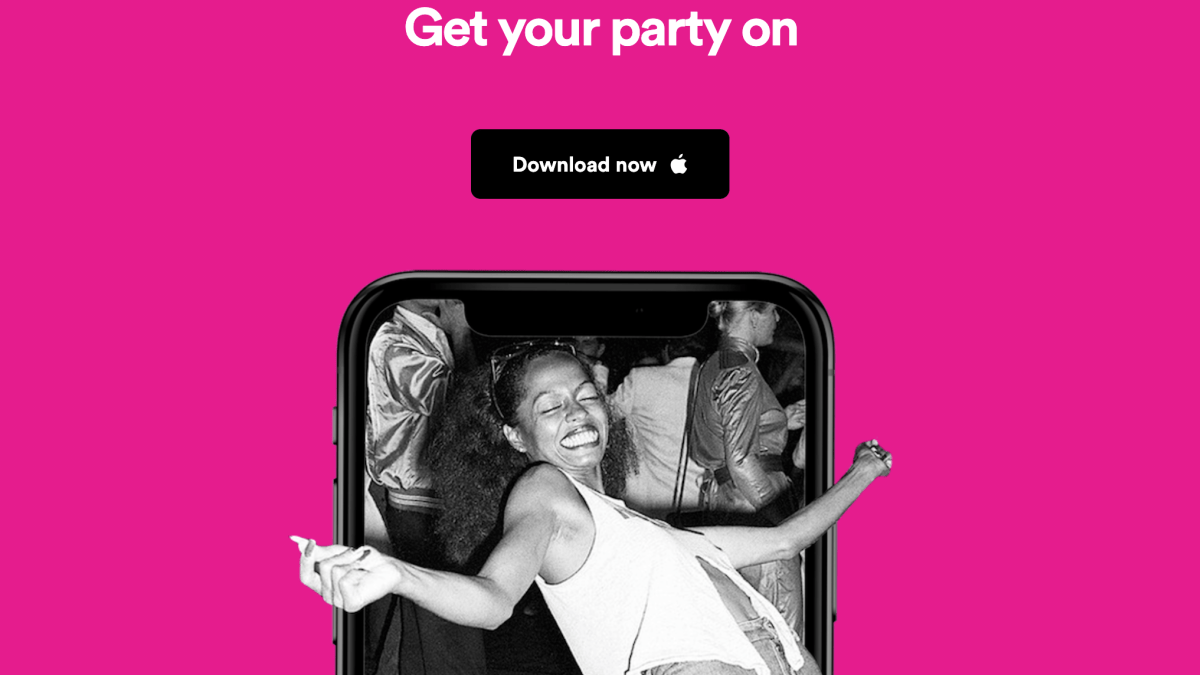 There are bad ideas, and then there’s building an app to promote secret parties during the worst global pandemic in 100 years. In a move surprising absolutely no one with common sense, Apple has pulled the Vybe Together app from its iOS store, according to the Verge.

Vybe Together advertised itself on its now-defunct website as an app that lets users “get your rebel on, get your party on.” In a baffling move, it’s main promo image also used a picture of young Diana Ross getting her groove on at Studio 54. “Miss playing beer pong, flirting with strangers, and generally just having a blast with the crew?” the site asked. “Vybe is here for you.” The app’s creators also promoted Vybe Together on TikTok, most recently posting a video for New Year’s Eve parties in New York, where the statewide covid-19 positivity rate just hit 7.14%. The TikTok also noted that it held “gatherings every weekend” and of course, none of the partiers in the video wore masks or seemingly heard of that whole 6ft of social distancing. According to Business Insider, the video was viewed nearly 11,000 times before TikTok removed Vybe Together’s account.

The way the app worked, users could create and search for private parties. To get on the app, you also had to be approved—a process which involved submitting your Instagram handle and uploading pictures of you partying to prove you weren’t a narc. While the app has been around for roughly four months, it largely flew under the radar until New York Times writer Taylor Lorenz went off in a Twitter thread criticizing the app and its creators as “promoting COVID-unsafe large, indoor house parties.”

In an emailed statement to Business Insider, a Vybe Together spokesperson said the company was “aware that large gatherings are not okay,” that the app didn’t promote them, and that “popular” events were removed from the app. Likewise, a screenshot of Vybe Together’s FAQ on covid-19 notes that “We are aware that Covid is a major health problem to the country, our communities, our friends and family. If we all could just be in isolation this could actually go away. However, having large scale parties is very dangerous. That is why we don’t support that. But Vybe is a compromise, no big parties but small gatherings. We could be living, at least a little during these times with Vybe.”

The stupidity of that logic can’t be understated. Small indoor gatherings are not universally safer. Earlier this month, New York Governor Andrew Cuomo announced that New York’s contact tracing data showed that 70% of new covid-19 cases originated from households and small gatherings. And while small gatherings may not carry the same risk of superspreading as large events, they aren’t risk-free. As NPR notes, if you’re having small gatherings in a community where there’s more infection, “the riskier those small gatherings are going to be.” The CDC specifically advises against crowded, poorly ventilated indoor spaces and staying at least 6 feet away from people who don’t live with you—and it doesn’t appear that Vybe Together strictly enforced those sorts of measures for its underground parties. And while the creators say that party guest lists were curated, there’s no indication that these “small” gatherings were limited to 10 people or fewer. That would after all, probably kill the party vibe.

Since catching the eye of the media, the company has scrubbed most of its online presence, with the exception of its Instagram. You’d hope the company would’ve learned its lesson and perhaps, shut down entirely until the pandemic is officially over and health organizations give the OK to return to that party lyfe. Instead, its Instagram profile reads, “App Store took us down!!! We will be back!!”