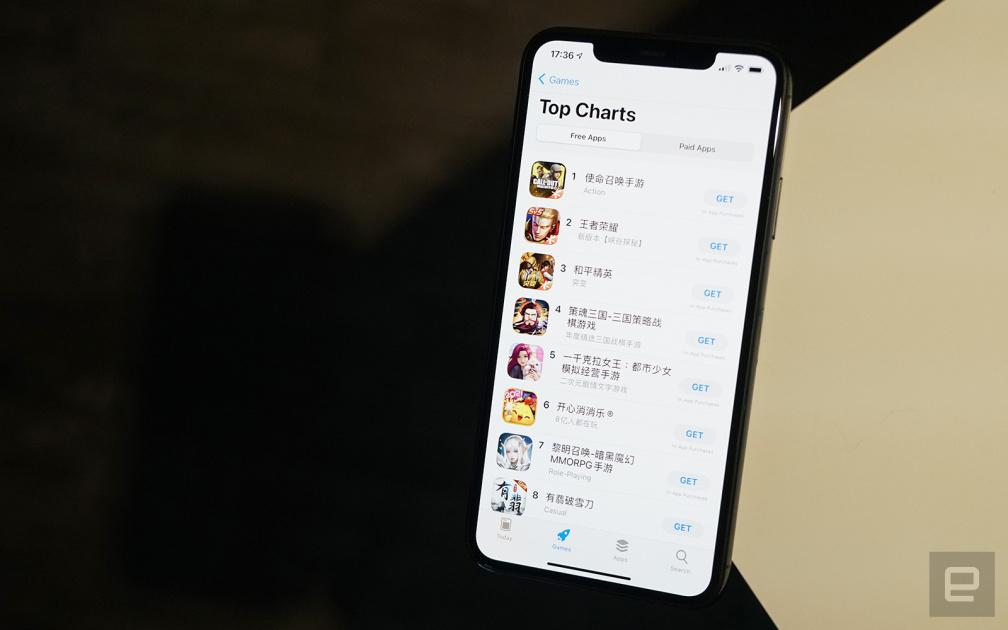 The App Store is reportedly looking a little different in China today. According to Reuters, Apple has removed roughly 39,000 games owned by developers and publishers that don’t have an ISBN (International Standard Book Number) from the Chinese government. Research conducted by Qimai, a specialist firm in China, reportedly reveals that many Western titles were included in the purge, including Assassin’s Creed Identity and NBA 2K20. According to Reuters, that leaves just 74 of the top 1,500 paid games. Some of the free apps that remain include Call of Duty: Mobile, Honor of Kings and Game for Peace, the Chinese version of PUBG Mobile.

The removals aren’t a huge surprise. Apple launched a similar crackdown earlier this summer, removing 30,000 apps — most of which were games, according to Bloomberg — that weren’t approved by the National Press and Publication Administration (NPPA). It’s almost impossible to obtain an ISBN without a domestic publisher, which is why so many Western studios partner with another company before launching their games in China.