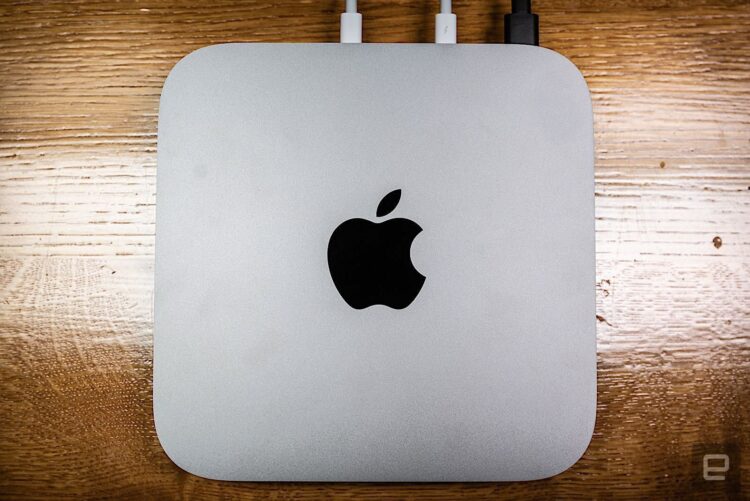 A new discount brings the latest Mac Mini with Apple’s M1 chipset down to a new record low price. Amazon has the desktop computer with 512GB of storage for $849 right now, but an automatically applied coupon for $49.01 knocks the price down even further to $800. We saw the Mac Mini M1 drop to $829 earlier this month, but this is the best price we’ve seen on the higher-storage version since the machine came out at the end of last year. Unfortunately, the base model doesn’t have a similar discount right now — it’s $670 at the moment and we’ve seen it for as low as $600.

This is a good opportunity to upgrade your desktop machine while also grabbing more storage than what the standard model offers. We haven’t reviewed the Mac Mini M1, but we have tested both the MacBook Air M1 and the MAcBook Pro M1. Both of those machines impressed with the speedy performance provided by the new chipset — if you’re due for an upgrade, it’s hard to argue with the performance boosts provided by Apple’s chip.

In the Mac Mini’s case, you’ll get the performance upgrade in a familiar, space-saving package. Apple basically only updated the internals of this machine as the exterior design remains the same as the 2018 Mac Mini. The square computer supports two Thunderbolt 3 ports, two USB-A ports, an HDMI connector, an Ethernet port and a standard headphone jack. Both pre-fab models on Amazon have 8GB of RAM, and you could consider that the biggest downside to this deal. While you can customize the machine to have up to 16GB of RAM on Apple’s website, that’s not possible if you go through Amazon. But the M1 chip will be able to do more with 8GB of RAM than previous processors could, so most people will get a very capable machine for less with this sale.