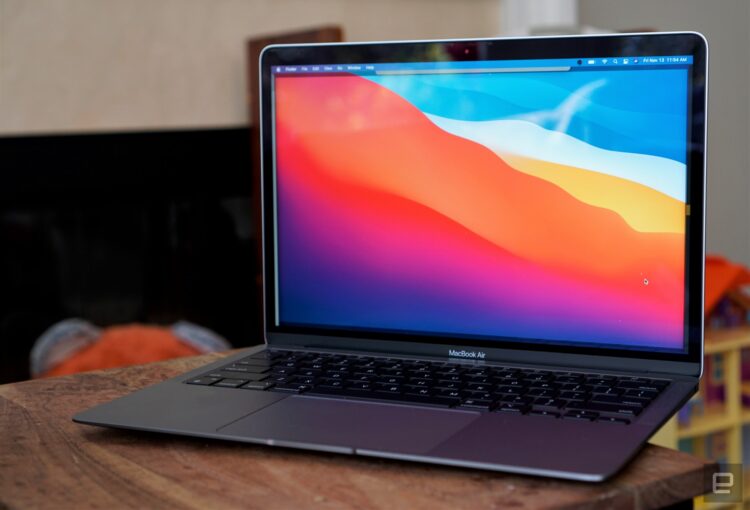 By introducing its own M1 chips to its latest range of Macs, Apple finally brought the cohesive experience of its iPhone and iPads to its laptops and desktops. As we noted in our reviews, the improvement is evident right from the get-go with apps, games and websites loading faster in comparison to other notebooks. Of course, Apple’s hardware comes at a premium, so it’s always nice to find a deal that saves you some cash to pocket or spend on accessories. If you missed it last month, the 256GB MacBook Air M1 is back down to $950 on Amazon from its original price of $999. The new offer marks an-time low for the space gray model, though it’s also available in gold.

It’s worth noting that Amazon still has the 13-inch MacBook Pro M1 on sale for $1,150 for the 256GB version and $1,350 for the 512GB version, both automatically activated with a coupon. But there’s really not much to seperate the smaller-sized Pro from the latest Air, other than a couple more hours of battery life and a Touch Bar. The Air also doesn’t pack a fan, but (tbh) it doesn’t need one. Apple’s slim laptop gets most casual tasks done in a flash with just a passive cooling system.

The only complaints we had is that the Air could have come with more than just two USB-C ports and a basic 720p webcam. But, we’d also recommend checking that all your fave software has been optimized for the M1 chipset before you make the jump. The likes of Chrome, Photoshop and Microsoft Office already have native apps for Apple’s chipset with more regularly being added to the list.