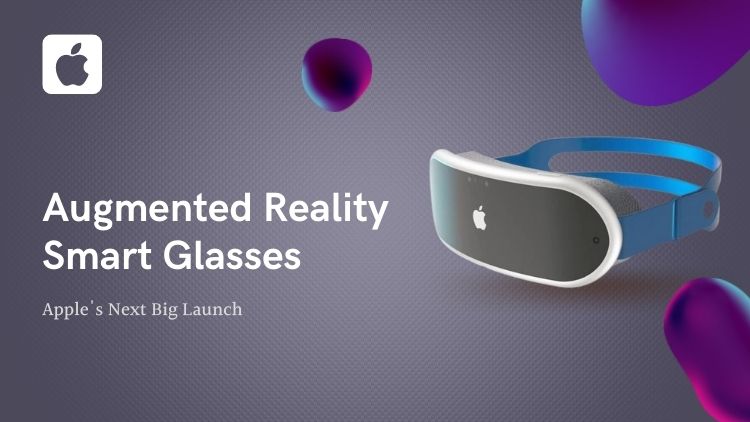 The tech company is reportedly going to introduce AR glasses. This has been Apple’s most ambitious project for years. We should also get new computer processors and a refreshed iPhone.

This coming year is building up to a very busy year for Apple. If any of the leaks are to be believed, it is to be filled with new technology. These gadgets could be on par with high-flier moments like the first Macintosh or the first iPhone.

This year, the key item we will be introduced to is AR/VR glasses. This reportedly will stretch Apple’s ingenuity in new directions.

The project is thought to encircle AR (augmented reality) and VR (virtual reality).

VR places a screen very close to our eyes and tricks the brain into thinking that we’ve been shifted over to a computer generated world. AR overlays extra computer information on images or videos of the real world (sort of what’s seen on Iron Man’s visor).

It’s like the difference between Microsoft’s HoloLens and HTC Vive. The HoloLens is used to help share and show information to technicians while at work. The HTC Vive however is used for immersive gaming experiences like Beat Saber or Half-Life: Alyx.

Most of the rumours are focused around the specs of the headset. It has ultra fast wireless networking and very detailed imaging and visuals. There is still a lot of unknown info. Questions starting with the name of this product – maybe iLens? We also don’t know what it’ll be like. There is no info on whether it’ll be like a standalone product or like an accessory.

The release date is also a mystery. At one point, rumours stated for it to be launched in 2020. According to sources who spoke to Bloomberg, it’s been shifted to next year.

“The reason everyone always looks to Apple is yes, there’s the well-designed hardware, but there’s also the power of the app ecosystem,” quoted Carolina Milanesi, an analyst at Creative Strategies.

Apple’s also got other major updates down it’s pipeline separate from releasing a new product. The tech giant is said to be working on new next-gen processors for it’s computers and handheld products. Consumers can expect a new redesign of the MacBook Pro and Air as well as a refreshed look for the iPhone 14 lineup.

The most attention would be towards the iLens as it is the company’s most important product launches in the upcoming years.

The iLens will spark a lot of questions on the future of VR and AR. Seeing hyped up startups like Magic Leap who failed at bringing such a product to life, Apple might have to struggle to make the iLens a worthy product for consumers.

The iLens is Apple’s attempt at entering a new product category. Since they rely on the iPhone for more than half of their revenue, iLens may give them a step up in finding up their next big thing – anew

“I wouldn’t look at Apple as much with the hardware, but what’s the software ecosystem?” said Joost van Dreunen, a professor at NYU Stern School of Business and author of the book One Up: Creativity, Competition, and the Global Business of Video Games.