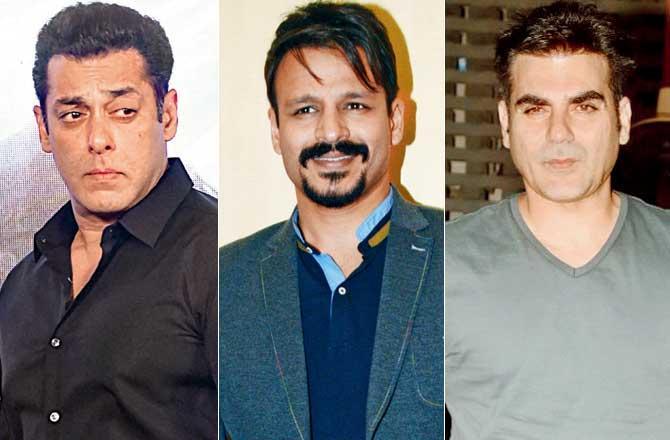 Arbaaz Khan has been roped in for Vivek Oberoi-starrer Rosie – The Saffron Chapter, which marks the Bollywood debut of Palak, daughter of telly star Shweta Tiwari. The film, which revolves around the disappearance of a BPO employee in Gurugram, also has Oberoi on board as co-producer. Eyebrows have been raised at Arbaaz giving his nod to the film helmed by Vishal Ranjan Mishra.

It is well-known that Oberoi and Arbaaz’s bhaijaan Salman have history. The 2003 Sallu-VO clash is considered one of the most controversial episodes in the industry. Oberoi had called the infamous press conference, where he alleged that ‘Salman had called him 41 times and threatened to kill him’.

Later, VO apologised to Salman on several occasions, but he would have none of it. With Arbaaz sharing screen space with VO, who is keen to put his career back on track, what does Salman have to tell his dear brother?

Also read: Vivek Oberoi And Salman Khan Avoid Each Other At An Event