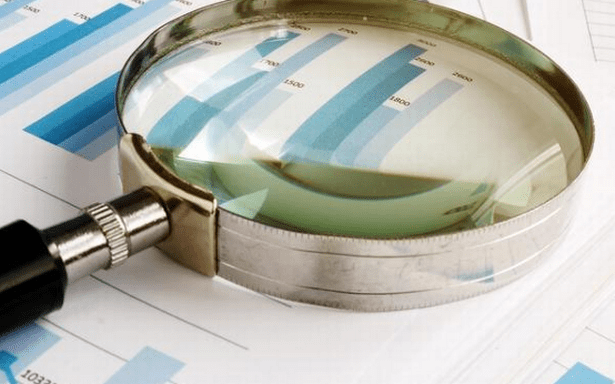 What is Archegos and who is Bill Hwang?

Archegos Capital Management (Archegos) is a US based private family office founded by Bill Hwang. A family office is a private asset management/advisory firm that is set up to manage the private wealth of individuals.

Archegos was originally a hedge fund called Tiger Asia, founded in 2001 by Bill Hwang. He was earlier an employee of Tiger Management (closed in 2000) founded by legendary fund manager and billionaire – Julian Robertson. Post-closing of his hedge fund, Julian Robertson funded/ seeded many hedge funds (including Tiger Asia) founded by his former employees. Many of these have become very successful – the most famous and successful amongst them being tech focussed Hedge Fund, Tiger Global, with AUM of around $50 billion. The many funds founded by former employees of Julian Robertson, came to be known as the ‘Tiger Cubs’, akin to the ‘Paypal Mafia’ that refers to former employees of Paypal who moved on to founding many successful companies like Tesla, Linkedin, Palantir etc.

In 2012, after pleading guilty to wire fraud (insider trading charges), Bill Hwang returned the investors’ money with Tiger Asia back to its investors and converted it into Archegos to exclusively manage his private family money. According to unconfirmed reports, between 2012 till the recent implosion of his fund, he had grown initial wealth of the family office of $200 million, into $10 billion!

What triggered the implosion of Archegos?

It’s the same story again– unravelling of excessive leverage and murky financial instruments – whether it was Long Term Capital Management going bust in 1998 that caused global jitters, Wall Street banks and hedge funds going bust in 2007/08 that caused the great recession or Archegos.

Being a private family office that was trading/investing personal money, Archegos was not subject to higher disclosure requirements that Hedge Funds and Asset Management Companies dealing with public money had to confirm with. Also since it was dealing primarily in instruments such as swaps and contract for differences (cfd) in the direct over the counter (OTC) derivatives segment with Wall Street banks (outside of exchanges), its transactions were behind closed doors. These complex derivative instruments allowed Archegos to make high leveraged bets in many shares by paying only margin money. This way, Archegos profited substantially when the positions moved favourably. Otherwise, it settled with higher margin in case of unfavourable movement. With Archegos dealing with numerous Wall Street banks via these OTC derivatives, no one possibly could have had an exact account of its cumulative leverage or concentrated exposure to few stocks except Archegos itself. According to reports in the public domain, Archegos leverage was as high as 8x to 20 x with some of the banks!

What actually happened on Friday, March 26?

Everything works perfectly till it suddenly stops working. A seemingly great wealth creation success story over 8 years, came to dust in just a week. While the seeds of destruction were sowed in the form of excessive leverage, the trigger for the unravelling was a planned share offering announced on March 22 by media conglomerate ViacomCBS to fund investments in its streaming business. The offering which would have resulted in around 5 per cent dilution was not well received by the markets and the stock started correcting post this announcement. Prior to this announcement ViacomCBS had an unusual run up of around 175 per cent year to date. In hindsight, it appears this was due to outsized long positions amassed via OTC derivatives by Archegos. The correction in ViacomCBS stock triggered margin calls on Archegos positions which could not be met, resulting in forced liquidation of Archegos positions in this and another media conglomerate – Discovery, besides few other tech stocks and Chinese ADRs.

According to reports in the public domain, Wall Street banks had met and discussed if they could try alternatives other than forced liquidation. But soon after the meeting ended, the Wall Street maxim ‘If you need a friend, get a dog’ came to fore. By Friday morning, it was each bank fending for itself. With Archegos’ positions possibly around $50 billion (according to some estimates) with just around $10 billion in capital, Wall Street banks had to resort to game theory and not co-operation to protect their capital. Goldman Sachs and Deutsche Bank appear to have come out relatively unscathed while Morgan Stanley has had some impact. Credit Suisse and Nomura bore the brunt.

What is the implication of this event for markets?

The fundamental implications of this event are many – transactions with just one client in one geography is expected to wipe off the entire second half year profits of global investment bank Nomura (losses expected around $2 billion). If market sources on loss at Credit Suisse are to be believed, at the higher end of estimates, Archegos driven losses may be close to 2 times Credit Suisse’s entire FY 2020 profits of around $2.85 billion. If banks have been lax with risk management with just one client, a fear arises on whether things are in order with other clients.

Although markets may have brushed of this event under the assumption that this implosion is contained, it is reflective of symptoms of exuberance the markets has been exuding since the covid lows last year. Such lack of caution to factor potential hidden risks in the system may come back to haunt later.

Hence the implications from this event for markets may come in the form of tighter controls in risk management, clampdown in excessive lending and use of murky derivatives. All of these may take away the sheen of recent market exuberance. If corrective steps are not taken now, there may be another event in future that may turn out to be contagious to financial markets and negatively impact asset valuations, including equities.

What is the implication for Indian investors?

India may not face Archegos style events given equity AIFs (Hedge Funds) penetration is relatively low vs market size and we do not have the extensive and complex OTC equity derivatives like in the US. However, one should keep in mind that whenever the US sneezes, the rest of the world including India catches a cold. Whether it was the dotcom boom of 2000 or subprime housing boom of 2007 – both of which were US centric events – India also faced collateral damage when those bubbles burst. Our indices corrected by over 50 per cent from peak, and economic growth was also impacted sharply. Hence, we must always be alert to possibilities of a spill over effect.

Besides that, Indian markets in FY21, received unprecedented FPI investments of over Rs 2.7 lakh crore (most of it in 2H) which is 5 times the highest flows received in last 5 years prior to this . Market buoyancy can be directly attributed to this. Any clampdown on risk taking or increase in margin requirements by foreign brokerages post recent events, may impact these flows and consequently, the markets.