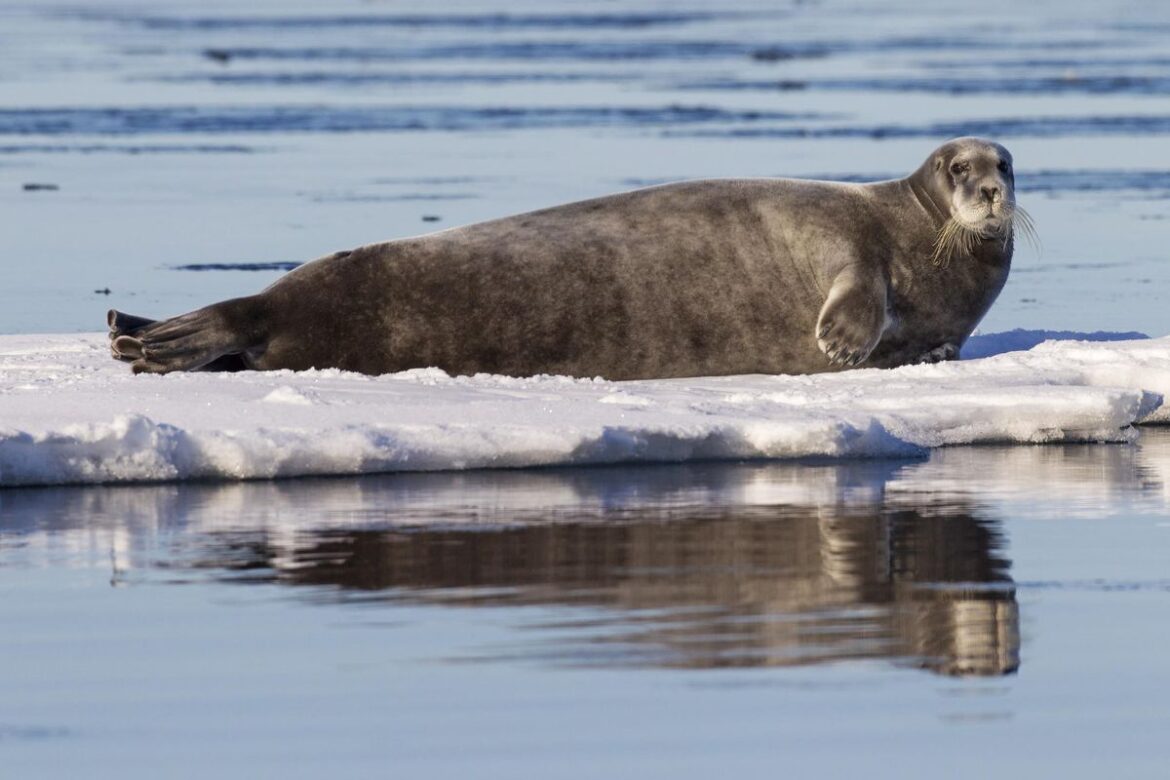 As human activity increases in the Arctic, seals might not be able to make enough noise to find mates, according to a new paper in Proceedings of the Royal Society B.

“(Male) seals use their voices to attract mates,” said Michelle Fournet, a marine ecologist at Cornell and the first author on the paper. “The louder they call, the more females that will hear them, which increases their ability to successfully reproduce.”

Fournet and her colleagues monitored calls by male bearded seals off of the North Slope Borough in Northern Alaska. They found that the seals increased the volume of their calls in response to noises, such as wind, cracking ice and other seals, in their environment. However, the seals’ calls began to plateau when the ambient noise levels reached about 103 decibels re 1 uPa, and they subsequently began calling less loudly. The scientists concluded that there is a limit to how loud the seals can call when competing with ambient noise.

Fournet said seals might be prevented from finding mates by noise from boats and oil drilling in the Arctic. As ice melts, more pathways will open up for human activity. If noises from human activity drown out the seals’ mating calls, they will not be able to find mates and reproduce.

She said she hopes people making policy recommendations for Arctic animal protection will consider this sort of noise exposure as a potential threat to the seals’ survival.

Noise is just one of many problems seals might face as Arctic ice melts.

Sofie Van Parijs, leader of the Passive Acoustic Research Group at Northeast Fisheries Science Center, said the loss of ice in the arctic means the seals won’t have a place to raise their young.

“I think that hearing each other is less concerning if you simply have nowhere safe to give birth and raise your pup,” she wrote in an email. “In Svalbard there are records of bearded seals breaking their long claws trying to climb out onto glaciers since no ice was available during one pupping year. So on balance loss of safe breeding habitat is going to be of greater concern compared with elevated noise levels.”

The threat that climate change poses to seals is also a problem for people.

North Slope Borough Mayor Harry Brower Jr. said bearded seals are important to Inupiat north slope communities in a variety of ways. He said they have been hunted for thousands of years and are still used today as a food source and for material for boats and boots. He said climate change and the availability of bearded seals are growing concerns in the region.

“Humans inhabitants in the Arctic have always only taken what they need to sustain the way of life in the Arctic,” he said.

He said outside influences like increased vessel activity without proper monitoring are a threat to marine mammals.

It’s Like Tinder: Scientists Just Got AI To Read Minds And Create The Most...