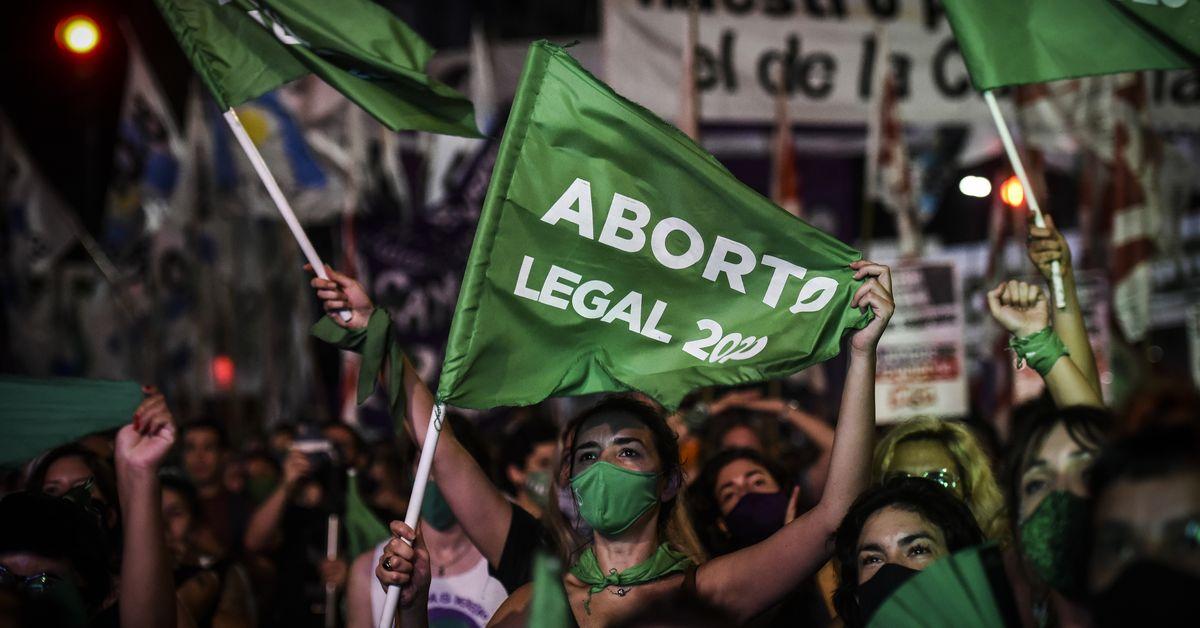 Argentina became the biggest country in Latin America to legalize elective abortion on Wednesday after an overnight vote. The measure passed the Senate 38-29 — slightly more than two years after a bill to legalize abortion failed in the upper house 38-31.

Declining support for religion’s role in governance, as well as the growing power of women’s rights activists, contributed to this shift. And now women in Argentina who would have gone through with abortions regardless of legality will no longer face unnecessary medical complications or fear of prosecution.

This change could be the catalyst for neighboring countries like Colombia and Chile to reduce restrictions on the procedure, the Wall Street Journal reports.

According to the BBC, a minimum of 350,000 illegal abortions occur annually in Argentina, a figure that some activist groups feel is undercounting the real number. Illegal abortions can lead to health complications and even death for the people who experience them — the World Health Organization estimates that up to 13.2 percent of maternal deaths worldwide can be attributed to unsafe abortions.

Argentina has seen adherence to Catholicism decline in recent years, according to a study from the National Scientific and Technical Research Council (CONICET). The Buenos Aires Times reports that in 2019, 62.9 percent of the population identified as Catholic, a 13.6 percentage point drop since 2008. Simultaneously, while evangelicals gained new adherents, the share of people identifying with no religion grew the most, reaching nearly 20 percent of the population.

The survey also found decreased support for the government to finance and support religion: 46.2 percent agreed that religion shouldn’t be a part of public school instruction, a 19 percentage point increase since 2008.

While Argentina is still a largely Catholic country, this decline could explain why Pope Francis’s comments opposing legalizing abortion did not have an overwhelming effect on the outcome of this vote. Francis, who was born and worked in Argentina for much of his life, has referred to abortion as being part of a “throwaway culture” and has rooted his opposition to the medical procedure as being based in science, according to Crux, a Catholic online newspaper.

According to France 24, Catholics weren’t alone in opposing the measure; they joined forces with the country’s growing evangelical wing to mobilize against abortion. They will likely fight to overturn this measure, especially as this change exposes Argentina’s religious fault lines.

But the victorious activists are the abortion rights feminists who have spent years fighting for abortion legalization.

In 2015, mobilizing against violence against women in response to widespread murder and rape, a feminist movement grew under the slogan “Ni Una Menos” or “Not One Less.” According to the Buenos Aires Times, “more than 300,000 are estimated to have attended” the first march.

The first major story that catalyzed the movement was one of a pregnant 14-year-old who was killed by her boyfriend — her mother asserted that the boyfriend’s family was opposed to her having the child, according to the New York Times. The burgeoning movement pointed to statistics arguing that in addition to male violence against women, many women were dying due to unsafe procedures and lack of access to medical care.

A report by Human Rights Watch cites research that estimates up to 522,000 abortions are performed every year in Argentina, though it’s not clear how many of those are performed outside of the preexisting legal exceptions for rape and the health of the mother. The AP reported that about 38,000 Argentinian women are hospitalized annually due to substandard procedures and that “several thousand women seeking abortions have died since 1983.”

Ni Una Menos was energized in 2018 when a bill to legalize abortion was defeated in the Senate after receiving a nod in the lower chamber. As Vox’s Emily Stewart wrote at the time, the “new wave of feminism has spurred more women to speak out about a variety of issues, including abortion. Activists see illegal abortion as another way of keeping women oppressed.”

Win or lose, a prominent member of the movement tweeted in 2018 that: “We won. Whatever the result. The green wave is unstoppable. We’ve opened consciences. And there’s no turning back.”