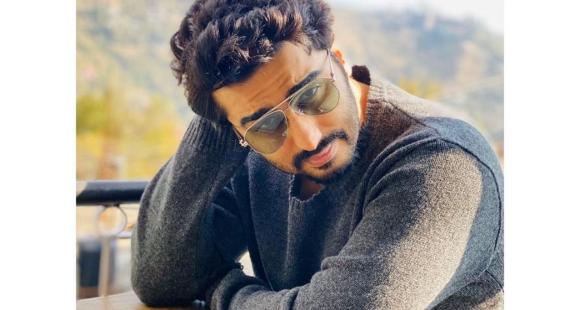 Arjun Kapoor will be shooting in the Jaisalmer city of Rajasthan for the first time ever and is is looking forward to explore the sights and lip smacking food. Arjun Kapoor is looking forward to explore Jaisalmer for the first time as he begins shooting for Bhoot Police.

Arjun Kapoor along with co-star Saif Ali Khan headed to Rajasthan just a few days ago for the next schedule of Bhoot Police. The actor even shared a fun photo from inside the flight which features the cast and crew of the film including Saif. While they are pretty ecstatic about the next schedule of the film, for Arjun it is even more special. Turns out, the actor will be shooting in the Jaisalmer city of Rajasthan for the first time ever.

The actor revealed that he is looking forward to explore the city for the few weeks that he will be there for. He said, “This is for the first time that I will be shooting a film in Jaisalmer. Being an actor, one is fortunate enough to travel to different places and explore cultures and I have been lucky enough to explore my country and enjoy the warmth it has to offer.”

Arjun has also heard a great deal about the lip-smacking food of the city and is keen on finding it out for himself. “Rajasthan holds a very special place in my heart. It’s simply stunning and I have always received a lot of love from the people of Rajasthan whenever I have travelled to the state for personal or professional reasons. Not to mention, the food is absolutely smashing and I’m looking forward to having some really amazing meals.”

Speaking about his Bhoot Police co-stars like Saif and Yami Gautam, he said, “Bhoot Police has a fun bunch of actors and we have formed a lovely bond with each other. So, I’m certain that this Jaisalmer schedule is going to be a fun one.”

ALSO READ: Varun Dhawan on marriage plans with Natasha Dalal: Planning for it definitely, but let there be more certainty