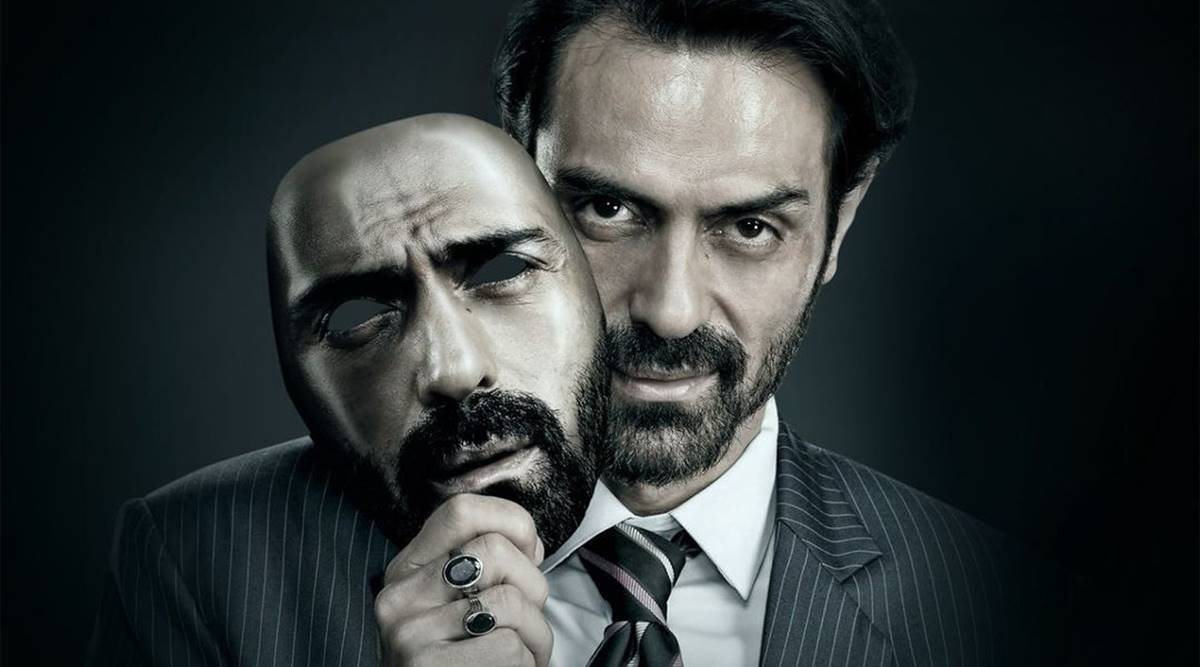 In an exclusive conversation with indianexpress.com, Arjun Rampal said Nail Polish is unlike any Bollywood courtroom drama audience has seen. He calls the film “refreshing, different and important.”

How does the title Nail Polish justify the theme of the film?

That was exactly my question to our director Bugs Bhargava Krishna. I was intrigued to know why he titled a courtroom drama as Nail Polish. But he insisted on me reading the script. When I started reading the script, it was hard for me to put it down. When I learned why he named the series as Nail Polish, I had a big smile on my face. I hope the audience will also feel the same when they discover why the film has been titled Nail Polish.

Courtroom dramas can become loud and fake. For me, what made me say yes to the script was the case. It is so challenging. There are so many layers to the script. In each step, you discover the truth. But as and when you feel you are close to cracking the case, something happens, and the case turns topsy-turvy. For me, the film was refreshing, different and important.

Did you take any reference for the character of the lawyer that you play?

When we were in the discussion phase of the film, I was told that I am supposed to defend Manav Kaul’s character who has killed 38 children. My first reaction was – No way! But then, lawyers are very different. For them, the client is innocent until proven guilty. So, I decided to not know the climax of the film. I interacted with a lot of lawyers to understand how they handle such cases.

And as far as the mannerism or observation goes, during my childhood, I used to visit my maternal uncle Advocate Surender Singh and his father Rajender Singh’s house. I had seen their clarity, precision and the way they carry themselves. So, I used that observation to play my part.

You were one of the first actors to get back on the sets amid the pandemic. How was it to be shooting while the world was/is still adjusting to the new normal?

It was extremely challenging because I have a baby at home. When I was offered the film, I immediately said no. But when I read the script, the artiste in me got greedy, and I didn’t want the opportunity to go away.

On the sets, we took all kind of precautionary measures. This was the first time when I didn’t know how my crew looked like because all of them wore a mask. But one thing that I will never forget was their eyes which were filled with gratitude to be back at work. You could see everyone has been through a lot. I think that is something I cannot forget.

Your co-stars were also tested positive. Was that scary?

When Manav and Anand tested positive for COVID, the shooting was paused for a while. However, everyone was back on the sets with stricter safety measures and completed the film. It was incredible to see that everyone was concerned and cooperative. The makers gave them (Manav and Anand) three weeks to recover.

I had to shoot for another film called Penthouse for Netflix. I asked them to shift it for a month because Nail Polish had got delayed by three weeks. And the makers of Penthouse were cooperative. So, the new normal is all about being considerate and sensitive about things which are not in our control, and support each other through that.

You said earlier that this project made everyone push their limits. If you could elaborate on how?

Nail Polish is such a well defined and detailed script with well-etched characters that if everyone was not at the top of their game, you felt you are kind of cheating. The script made us push our limits.

How was it working with Manav Kaul and Anand Tiwari?

I think Manav Kaul’s character is one of the most difficult characters that I have ever read, but he pulls it off with such ease, which is phenomenal. Anand Tiwari is super energetic. When the camera is on, he becomes a different person altogether. Everyone had gone through a process with their characters. Everyone had come on the sets with their best game.

We did a lot of readings. We all gave suggestions on how to better the script or make it more intriguing. Writers and Bugs were very understanding. They also incorporated changes in the script. So, he had written like 20 versions of the script till the time the film went on floors.

On the sets, we behaved like we are talking to each other’s characters. I was talking to Vir and not Manav. So, that’s how it was shot. So, I believe if the film has come out even 80% of what we have done, Nail Polish will be in the top 5 movies of everyone’s career.

Did you anticipate the growth of OTT platforms?

OTT was going to come and grow to the level it has because of the freedom it offers. About 10 years ago, West called OTT the golden era for writers. We are hitting that phase now. You will see new writers, directors and talents coming up, and old people coming back reinvented and putting out stories, which earlier they did not have an opportunity to explore. The pandemic has given OTT great attention, and now the audience has a taste of great content, which can impact the kind of films that they want to see. It is a great medium. It will only help us pull up our socks and take up more challenging characters.

Looking back at 2020, what are the things you are thankful for?

I am grateful for every single day of being alive and having such a beautiful family. I am also thankful to be able to do films with people who are just extraordinary human beings, and they will always be with me.

What did you learn about yourself during the lockdown?

It has been a huge learning experience where you realised how insignificant you are in the larger scheme of things. In the lockdown, I realised that how we have the desire or need of having more and more but we can survive with very little. Like how they say, ‘Bhook ki keemat hoti hai, roti ki nahi’.

I saw the planet healing. In my 25 years of being in Mumbai, I never saw a blue, clear sky. Mumbai was never so quieter. So, we need to focus and contribute more to that.

On the other hand, I never saw such sadness in terms of how many people got uprooted and their lives were uprooted. Its been a challenging time, but we need to learn and not repeat the mistakes that we made in the past that got us to this. We need to protect earth and every living creature on it. That’s been my learning. The learning of maximum giving and less of receiving.

How does 2021 look like on the work front? What can fans expect from you?

I have Nail Polish in January. I have an action film lined up, which will be announced in January. I have finished Netflix’s Penthouse. It is an Abbas-Mustan directorial. It will come out maybe in March or April. I have a film with Aparna Sen called The Rapist. It stars Konkona Sen. I looking forward to that. I also have a Telugu release.