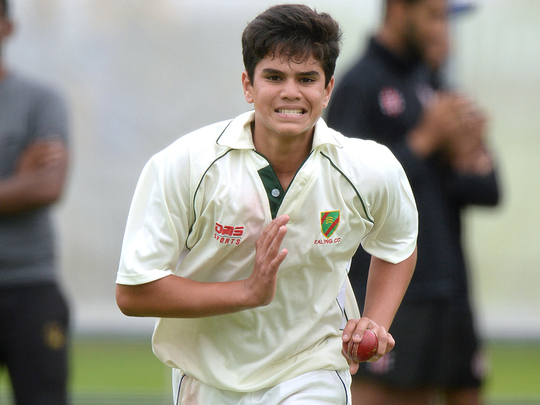 Arjun Tendulkar, son of legendary former Indian cricketer Sachin Tendulkar has a base price of Rs 20 Lakh while Test specialist Cheteshwar Pujara is available for Rs 50 lakh in IPL 2021 Auctions. Fast bowler S Sreesanth has not made it to the final shortlist of 292 players.

Arjun Tendulkar, the Mumbai fast bowler, and son of Sachin Tendulkar have made the shortlist for Indian Premier League (IPL) 2021 Auctions on February 18. The left-arm pacer is available at a base price of Rs 20 lakh.

The Board of Control for Cricket in India (BCCI) on Thursday announced a shortlist of 292 players who will go under the hammer at the IPL 2021 Auction, scheduled for February 18 in Chennai. A total of 1114 players had registered for the mini-auction to be held before IPL 2021 on April 11 but after the 8 IPL franchises gave their preferences, the shortlist was prepared.

Arjun Tendulkar made himself eligible for IPL Auction when he made his senior debut for Mumbai in the Syed Mushtaq Ali Trophy held earlier in 2020-21. The left-arm pacer was included in the Suryakumar Yadav-led Mumbai squad and he made his debut against Haryana on January 15.

He was part of the Mumbai T20 league which was played in 2019. Arjun Tendulkar also made his IndiaU19 debut in 2018 when he toured with the side for a 2-match Youth Test series against Sri Lanka U19.

Meanwhile, India’s Test specialist and the hero of the memorable Test series win in Australia, Cheteshwar Pujara has also made the shortlist for IPL 2021 Auction. The Saurashtra batsman will be available for a base price of Rs 50 Lakh. He last played the IPL in 2014.

In the recent past, teams have overlooked the India batsman and he was happy to focus on county stints instead of IPL at the same time. However, he threw his name in the mix for IPL 2021 and has eventually made the shortlist. He has played for Kings XI Punjab, Kolkata Knight Riders, and Royal Challengers Bangalore in the past.

On the other hand, S Sreesanth, who returned from the spot-fixing ban to play for Kerala in the Syed Mushtaq Ali Trophy T20 2021, has not found his name in the final shortlist of 292 players. S Sreesanth, according to reports, had registered himself for the auction and was among the 1114 players but his name is missing from the final shortlist as franchises are seemingly not interested in him as he hasn’t played many domestic matches returning after a lengthy 7-year gap.