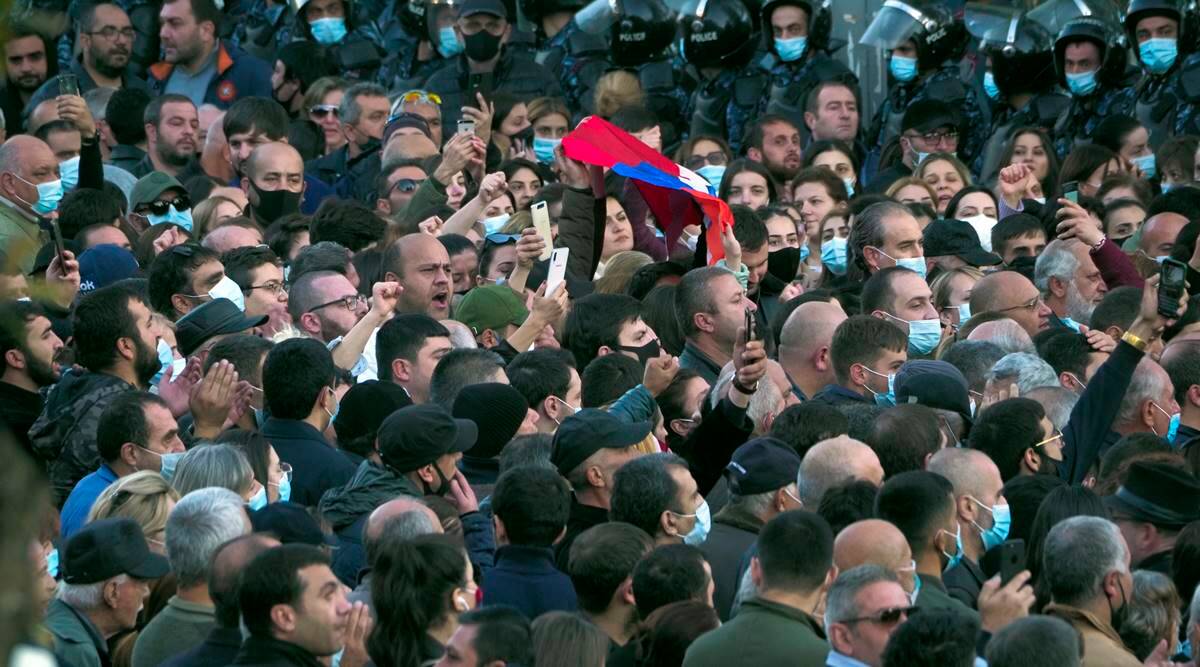 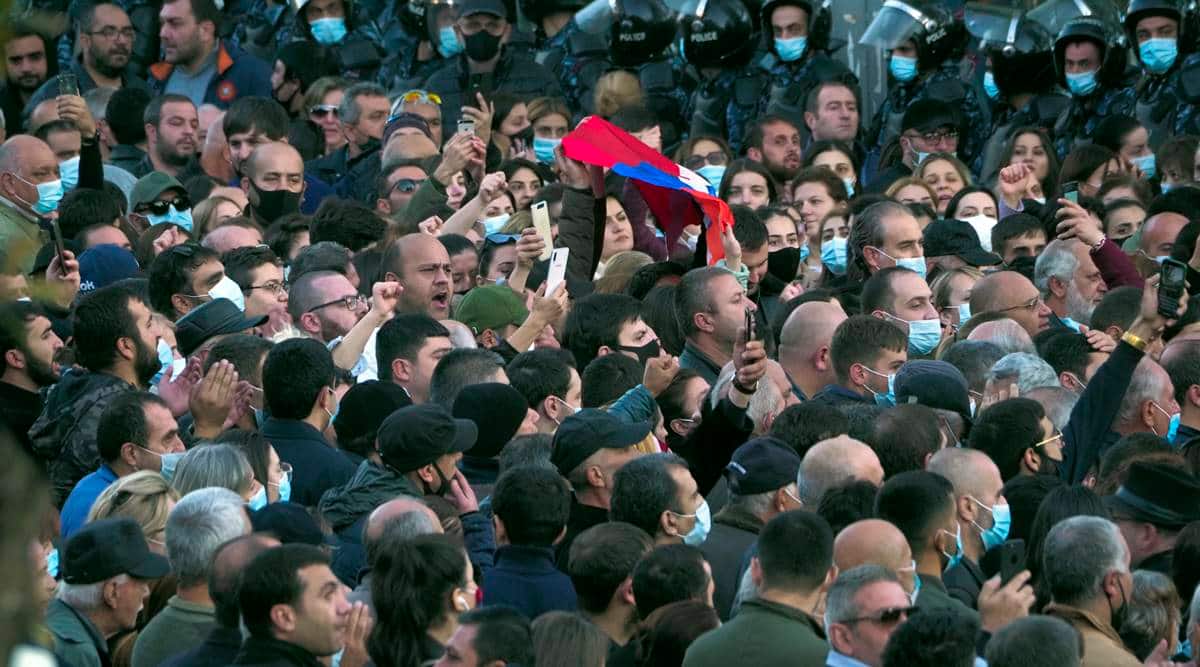 Protesters gather near the parliamentary building during a protest against an agreement to halt fighting over the Nagorno-Karabakh region, in Yerevan, Armenia, Wednesday, Nov. 11, 2020. (AP Photo/Dmitri Lovetsky)

Armenia and Azerbaijan have begun exchanging groups of prisoners of war, part of an “all for all” swap mediated by Russia after a bloody conflict over the Nagorno-Karabakh enclave, Russia’s defence ministry said on Tuesday.

The six-week conflict between Azerbaijan and ethnic Armenian forces over the region and its surrounding areas was brought to a halt by a Russian-brokered ceasefire deal last month.

The fighting locked in territorial gains for Azerbaijan and has stoked anger in Yerevan, prompting street protests against Armenia’s Prime Minister Nikol Pashinyan.

Russian peacekeeping forces have deployed in the region.

A Russian military aircraft also flew a group of 12 Azeri prisoners to Baku as part of the same swap, Rustam Muradov, the commander of Russia’s peacekeeping forces, said in a defence ministry video published on Tuesday.