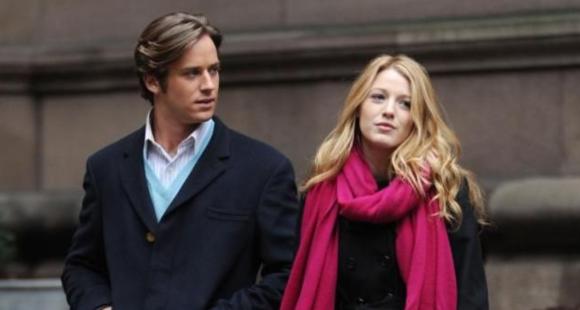 Armie Hammer’s old interview about getting fired from Gossip Girl is going viral amidst his DMs scandal. Scroll down to see what he said back in 2017.

Armie Hammer’s dig about getting FIRED from Gossip Girl goes viral amid scandal; Was Blake Lively the problem?

Amidst reports of his poor behaviour towards woman, another intriguing report about Armie Hammer has come out. The actor once hinted that he was fired from the popular teen show Gossip Girl. During a 2017 interview on Watch What Happens Live, a fan asked Hammer to name the biggest diva on set, to which he declined to answer the question, but did open up about his experience playing Gabriel on Season 2 of the CW teen drama.

“Let me just say that was a tough show to film, and I didn’t end up actually filming all the episodes I was supposed to because it was so tough,” he said of the show, which ran from 2007 to 2012. “Oh really? So you were like, ‘Get me out of this?”” host Andy Cohen asked. “It was also like, ‘Get him out of here,’” Hammer revealed, hinting that he may have been fired. When Chelsea Handler — a guest alongside Hammer on “WWHL” — then commented, “It sounds like [Lively] was the problem,” a clearly embarrassed Hammer responded, “No, no, that’s not what I’m saying.”

In his short cameo on the famed show, Armie played Blake Lively’s love interest who turned out to be a con man.

This interview is going viral on the internet amidst a myriad of accusations from ex-girlfriends Courtney Vucekovich, Paige Lorenze and many more, plus a controversy around Armie’s NSFW videos, lifestyle, and DMs describing gruesome “cannibal” fantasies. Armie has also had to drop out of a film with Jennifer Lopez amidst these allegations.

ALSO READ: Armie Hammer: Another ex GF comes forward with horror story; Claims he shared her pics without her knowledge