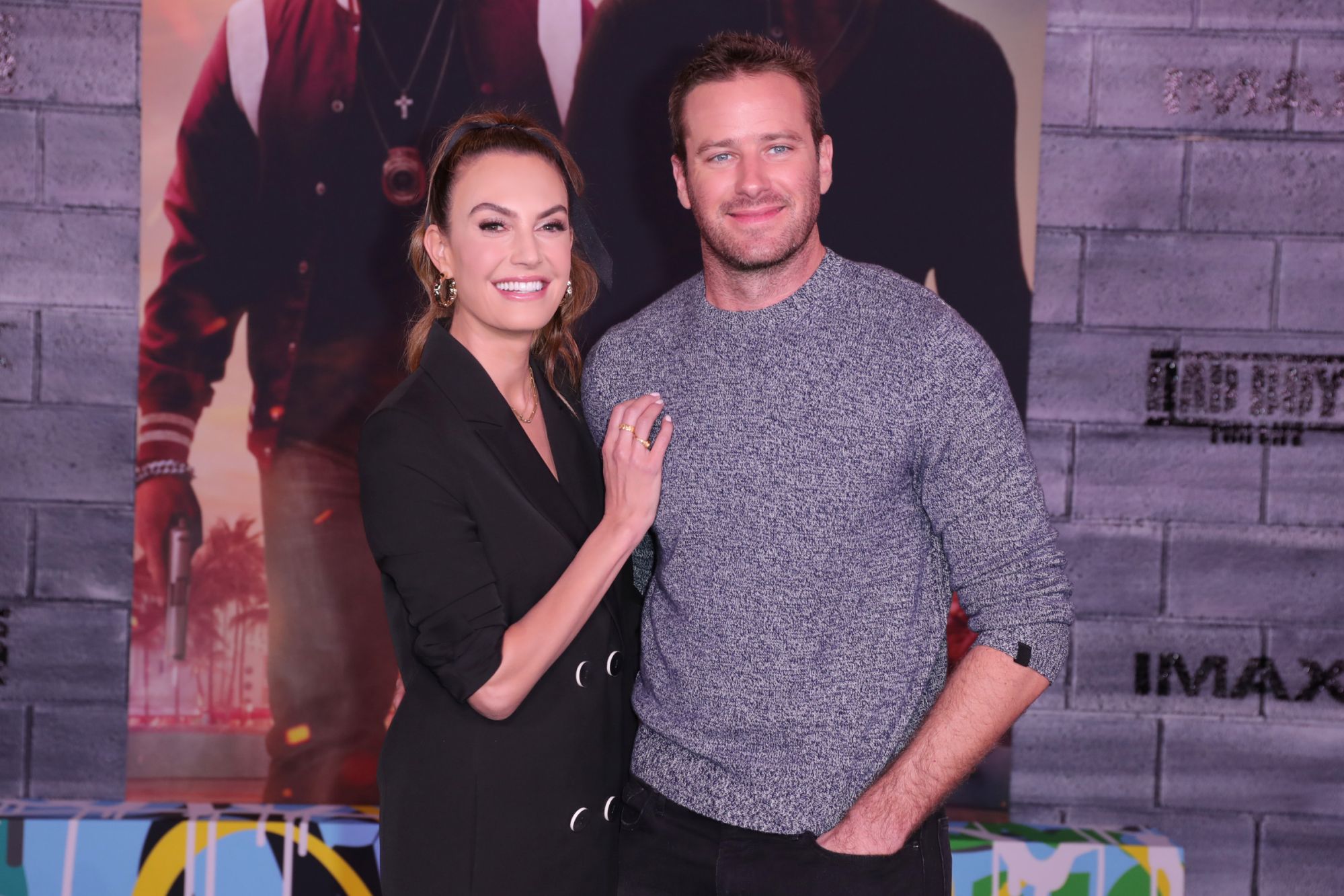 Armie Hammer’s estranged wife, Elizabeth Chambers, has kept quiet on the controversy surrounding her soon-to-be-ex, but no more.

The TV personality, who filed for divorce from the actor in July, couldn’t help but comment on a post about the actor’s Call Me By Your Name director, Luca Guadagnino, and co-star, Timothée Chalamet, teaming up for a cannibal love story called Bones & All.

The horror film centers on a woman “on a cross-country trip as she searches for the father she’s never met in an attempt to understand why she has the urge to kill and eat the people that love her,” according to The Hollywood Reporter. It’s based on the novel of the same name by Camille DeAngelis.

Hammer, with whom Chambers shares two young children, has exited two projects — The Godfather TV series and the film Shotgun Wedding— since leaked social media messages, from anonymous account House of Effie, alleged nonconsensual and violent sexual encounters and emotional abuse by Hammer, who has denied the claims. The alleged conversations included talk of rape fantasies, his desire to inflict pain on his partners and one that claimed he was “100% a cannibal.”

It led to two other women, who said they dated him since his split with Chambers, to come forward. Courtney Vucekovich claimed Hammer was emotionally abusive and wanted to eat her flesh, resulting in her getting treatment for PTSD after they split. Paige Lorenze also made claims that he branded her, left her covered in bruises and wanted to remove and eat one of her ribs.

When Hammer dropped out of Shotgun Wedding, he issued a statement addressing the controversy, saying, “I’m not responding to these bulls*** claims but in light of the vicious and spurious online attacks against me, I cannot in good conscience now leave my children for 4 months to shoot a film in the Dominican Republic.”

The only other comment Hammer has made was when he apologized after posting a video to his private Instagram account of a woman wearing lingerie in bed whom he referred to as “Miss Cayman.” In a statement to the Cayman Compass, he said, “I would like to clarify that the person in my video, which was stolen from my private Instagram, is not Miss Cayman. I am genuinely sorry for any confusion my foolish attempt at humor may have caused. My deep sympathies to Miss Cayman, who I don’t know, and to the entire organization, as I had no intentions of implying she was actually Miss Cayman.”

Hammer and Chambers were married in 2010 and are parents to Harper, 6, and Ford, 4. They announced their split in July and she remained in the Cayman Islands with their children. He wasn’t able to visit the kids again until the holidays.

Chambers hasn’t otherwise spoken publicly about the split but a friend close to the former TV correspondent told a tabloid that while she was aware of his infidelities, he has a “whole other side to him that she wasn’t aware of.” The friend added, “Armie appears to be a monster.”