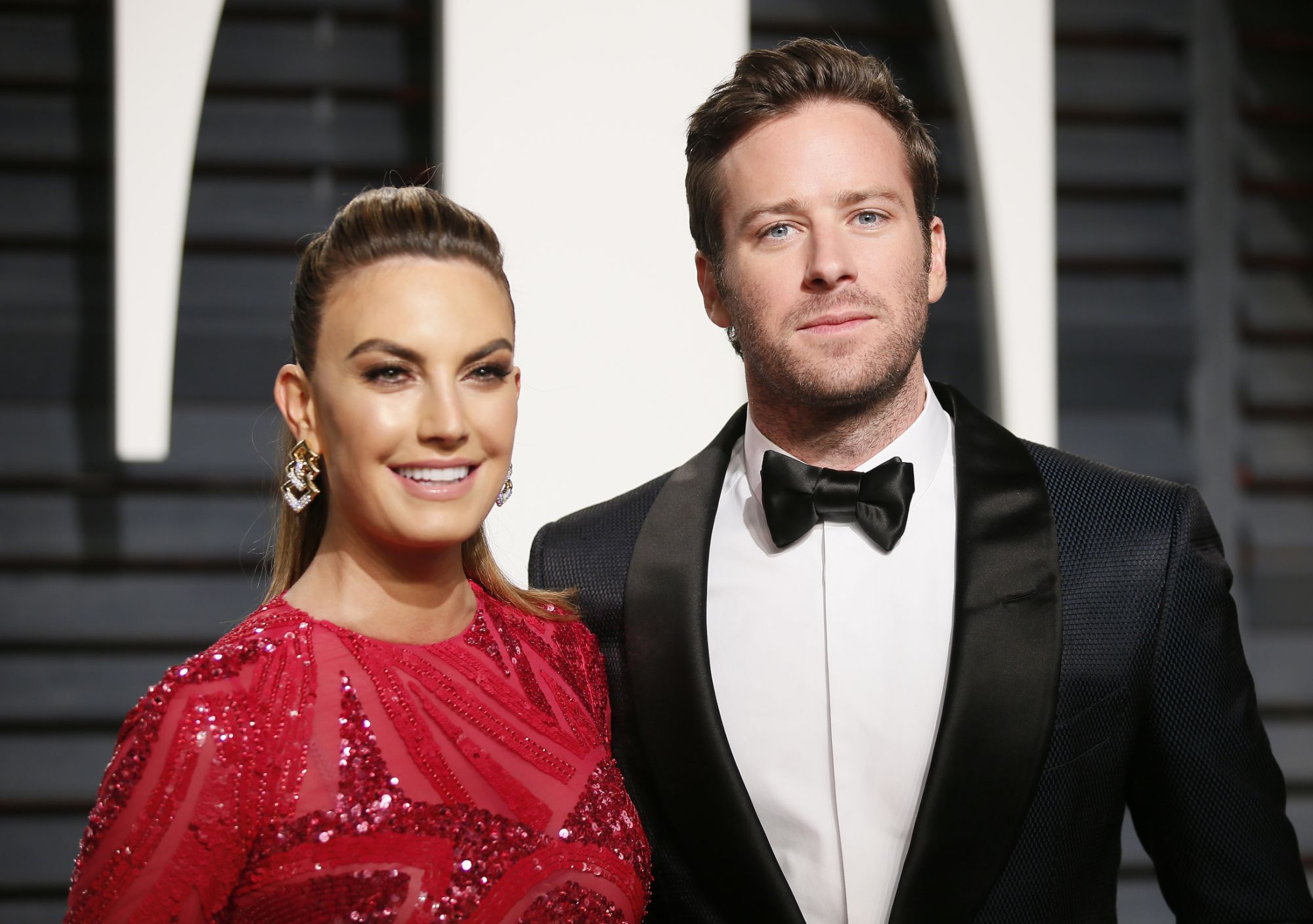 In her first statement directly addressing the controversy, Chambers said she’s “devastated” and has “been trying to process everything that has transpired” for the past several weeks.

“I am shocked, heartbroken, and devastated. Heartbreak aside, I am listening, and will continue to listen and educate myself on these delicate matters,” Chambers, 38, captioned a photo of a Cayman Islands beach. “I didn’t realize how much I didn’t know.”

Hammer, who has starred in films like The Social Network, Call Me By Your Name and Lone Ranger, made headlines last month after alleged private messages surfaced attributed to the actor in which he supposedly fantasized about cannibalism and mutilation. (Yahoo Entertainment could not verify the Instagram direct messages and the actor issued a vague statement about “bulls*** claims.”)

In the weeks that followed, some of Hammer’s former flames spoke to the media and accused him of abuse and described graphic sexual situations. Some of the relationships allegedly occurred while the actor was married to Chambers.

“I support any victim of assault or abuse and urge anyone who has experienced this pain to seek the help she or he needs to heal,” Chambers added on Monday. “At this time, I will not be commenting further on this matter. My sole focus and attention will continue to be on our children, on my work and on healing during this incredibly difficult time. Thank you for all of the love and support, and thank you in advance for your continued kindness, respect, and consideration for our children and me as we find ways to move forward.”

Chambers and Hammer, 34, simultaneously filed for divorce in July after 10 years of marriage and 13 years together. They share two children, 6-year-old daughter, Harper, and son Ford, 4. The split hasn’t been amicable.

In addition to Hammer’s alleged bedroom habits, the actor has come under fire for his supposed partying lifestyle. His private Instagram account was leaked to the press in which he joked about drugs. He also blasted Chambers, who stayed in the Cayman Islands with their children amid the ongoing coronavirus pandemic.

“Well… my ex (for a very good reason) wife is refusing to come back to america with my children,” Hammer allegedly wrote in one post. “So I have to go back to Cayman… which sucks. Except there are a few silver linings. Like f****** Ms. Cayman again while I’m down there.”

Hammer ultimately issued an apology — but only for referring to the lingerie-clad woman in his video as “Ms. Cayman.”

“I would like to clarify that the person in my video, which was stolen from my private Instagram, is not Miss Cayman,” he told the Cayman Compass. “I am genuinely sorry for any confusion my foolish attempt at humor may have caused. My deep sympathies to Miss Cayman, who I don’t know, and to the entire organization, as I had no intentions of implying she was actually Miss Cayman.”

Hammer has kept a low profile over the past few weeks and has been exiting various projects in the wake of the scandal.