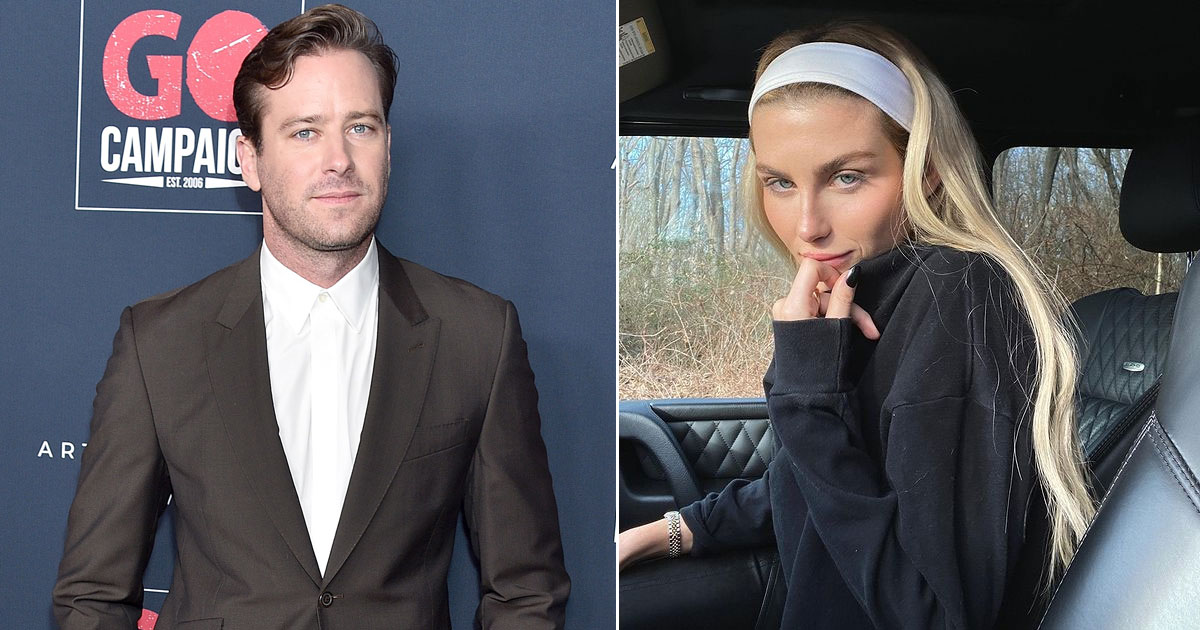 Armie Hammer has been in the news for quite some time now, but for all the wrong reasons! Some screenshots were recently circulating online from an account that claims to show the actor speaking to women in a s*xually oppressive and violent way. This has got quite a lot of negative publicity for the actor. Now one of his exes, Paige Lorenze, has revealed some shocking truths from her relationship with the actor.

Paige recalled how her relationship with the Call Me By Your Name star began over Instagram. Over time, the pair would begin meeting up and later defined their bond as a “polyamorous, open relationship,” she explained. Keep scrolling further to know more.

In an interview with E! News, Paige Lorenze revealed that she had connected with Armie Hammer first in 2019. “He had followed me on Instagram, and I hadn’t followed him back because I didn’t know who he was actually,” she explained. “Then I saw that he was still married and not separated, so I didn’t respond or didn’t get back to him or anything. But when I moved to Los Angeles, we got in touch.”

In July 2020, Armie Hammer and his wife Elizabeth Chambers broke up after ten years of marriage. At the time, the pair said in a statement that their relationship as co-parents and friends “remain our priority.”

Paige further said she moved to Los Angeles in September 2020 where she was able to connect with Armie in person. She described the actor as “really charming, really handsome, funny” and a man who “really captivated the room.”

After their first in-person meeting, Paige Lorenze said her relationship with Armie Hammer “moved extremely fast” and they officially started dating. “We were in what he would call a polyamorous, open relationship, but we both spoke about how we were not sleeping with other people, and we were just seeing each other,” she shared. “He made it clear that he didn’t want anyone else in my apartment, in my bed and that he wasn’t sleeping with anyone else either.”

According to Paige, Armie “slowly started easing her into BDSM-related activities in the bedroom. In fact, the pair would experience what she called “high protocol nights.”

In December 2020, Paige Lorenze said that she broke things off with Armie Hammer over a text message. She claimed the actor was “definitely controlling” about who she was hanging out with and who was in her life. “I was feeling anxious and always was kind of feeling sick to my stomach,” she added. “And I knew that I just needed to get out.”

Well, this indeed is quite shocking for all the Armie Hammer fans. What do you think?

Must Read: David Beckham To Ryan Seacrest, Hollywood Celebrities Who Launched Their Own Grooming Line