Arpita Khan Sharma was seen smashing plates in a Dubai restaurant; here’s why 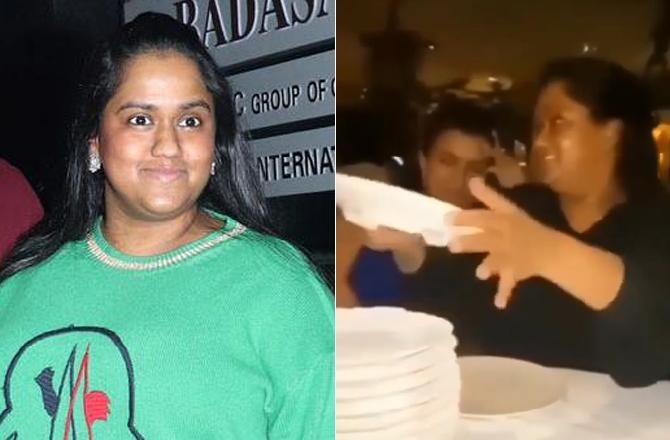 A video of Arpita Khan Sharma flinging plates and smashing them at a restaurant in Dubai has gone viral on social media. But it’s not what you’re thinking. Salman Khan’s sister was just following an ancient Greek custom of smashing plates, and the practice is said to ward off evil.

In the video, you can see Arpita reaching for one plate after another and happily flinging it on the floor, breaking it to pieces. She then breaks some more plates with her friends, dancing to husband Aayush Sharma’s song ‘Chogada’ from his film Loveyatri, and one can see the pile of broken plates on the restaurant floor!

Well, isn’t this a rather fun-looking tradition? It may look scary to some, but apparently the Greeks have a lot of fun flinging plates like frisbees at their big fat Greek weddings and the like!

Arpita Khan Sharma got married to Aayush Sharma in November, 2014. The couple has two adorable kids, Ahil and Ayat, who frequently make cute appearances on both of their social media handles.

Incidentally, Ayat was born on doting uncle Salman Khan’s birthday, on December 27, 2019. Speaking about it, Aayush Sharma told mid-day, “It’s a mere coincidence that the baby’s due date came around Bhai’s birthday. When I told him about Ayat’s arrival, he was excited.” He added, “I always wanted a daughter. Arpita and Ahil were hoping for a boy. Thank God, it’s a girl! The family is complete now. [What makes it more special] is that Ayat is the first girl born in my family [the Sharmas].”

Also read: Aayush Sharma: Wanted Both Our Kids To Have A Muslim First Name And A Hindu Surname