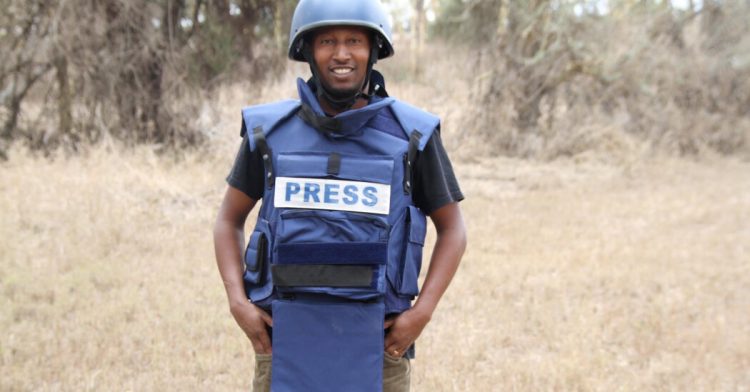 DAKAR, Senegal — The arrest of a cameraman working for the news agency Reuters in the Ethiopian capital last week shows how press freedom has eroded in a country now engaged in a war with one of its own states, according to an international media watchdog group.

Kumerra Gemechu, 38, was arrested at home in Addis Ababa, the capital, as his 10-year-old daughter clung to him screaming, said Hawi Desalegn, his wife. He was not charged, but will be held in detention for at least two weeks, according to his family.

Ethiopia has long been known for repression of independent media. But there were hopes that Prime Minister Abiy Ahmed — who came to power in 2018 and won the Nobel Peace Prize last year — would usher in an era of greater freedom and democracy.

Recently, however, his government has used the judicial system to intimidate the press, said the Committee to Protect Journalists, the media watchdog group.

The crackdown on journalists has grown since Nov. 4, when Mr. Abiy launched a military offensive in the northern region of Tigray, where leaders from the Tigray People’s Liberation Front have resisted his rule. Thousands of people have reportedly been killed and an estimated 950,000 displaced. The government says it now controls the troubled region, but has prevented access to most media outlets requesting authorization to travel there.

“Kumerra’s arrest is yet another blow, signaling that the Ethiopian government is hellbent on its path to intimidate and detain journalists so as to undermine the right to press freedom and the right to know of its citizens,” said Angela Quintal, the Africa program coordinator at the Committee to Protect Journalists, in a statement.

Mr. Kumerra, who has been a cameraman for Reuters for 10 years, was arrested on Dec. 24. The next day, without a lawyer present, a judge ordered that Mr. Kumerra be detained for another 14 days.

The Ethiopian government has not given a reason for Mr. Gemechu’s arrest. But in August, the prime minister’s spokeswoman, Billene Seyoum, told Reuters that one of the government’s primary roles and responsibilities was “ensuring security and stability and that the rule of law prevails.”

In a statement released on Monday, Reuters condemned Mr. Kumerra’s detention and called for his release as soon as possible.

“Kumerra is part of a Reuters team that reports from Ethiopia in a fair, independent and unbiased way. Kumerra’s work demonstrates his professionalism and impartiality, and we are aware of no basis for his detention,” Stephen J. Adler, the editor in chief of Reuters, said in the statement. “Journalists must be allowed to report the news in the public interest without fear of harassment or harm, wherever they are. We will not rest until Kumerra is freed.”

Other journalists have been targeted too. On Dec. 16, the Reuters photographer Tiksa Negeri was beaten by two federal police officers, the news agency said.

A Kenyan journalist held for 47 days last summer wrote that he had been beaten, “kidnapped by six armed men in civilian clothes,” and taken to a police station, where he caught Covid-19 in detention.

Medihane Ekubamichael, an editor at the Addis Standard newspaper who helped cover the Tigray region, was held in detention for about a month and released in early December,

The Committee to Protect Journalists said that at least seven journalists, including Abreha Hagos of the Ethiopian Press Agency and Melese Diribsa of the Oromia Media Network, were jailed in 2020 for their work.

Tibor Nagy, the U.S. assistant secretary of state for African affairs, said that he was “extremely concerned” by continuing reports of intimidation of journalists in Ethiopia.

“Freedom of the press is fundamental to any democratic society,” he said on Twitter. “U.S. resolve to see media freedom respected remains unshaken.”

Journalists from Reuters, the BBC, Al Jazeera and the German broadcaster Deutsche Welle were accused by the Ethiopian Broadcasting Authority of “false” and “unbalanced” coverage of the fighting in Tigray, in a statement posted on the authority’s Facebook page on Nov. 23.

“We stand by our reporting on the conflict in the Tigray region and will continue to report on Ethiopia with integrity, independence, and freedom from bias, as we do all around the world,” Reuters said in a separate statement.