Arrest of Kerala journalist, 3 others: Case transferred to addl district and sessions judge 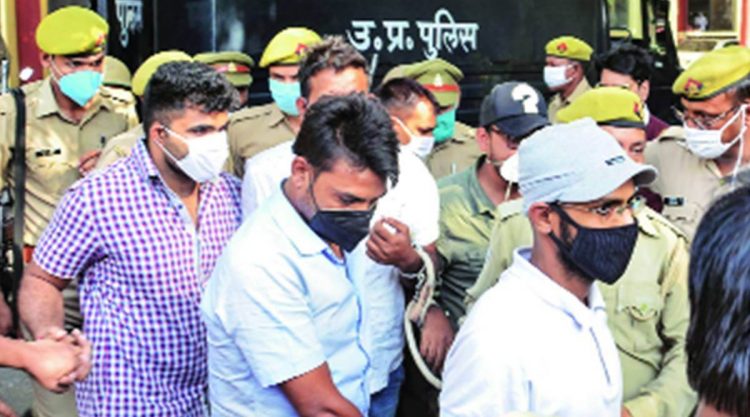 The move came on the basis of an application moved by UP Police’s Special Task Force, which is investigating the case. District Government Counsel Shiv Ram Singh said the case has been transferred on a petition of the investigating officer.

However, Defence Counsel Shashwat Anand said the state government moved an application as it “admitted their mistake”. Anand said it was the defence which cited jurisdiction while challenging the judicial custody granted by the Chief Judicial Magistrate in a habeas corpus plea filed in Allahabad High Court. “Citing the jurisdiction, we raised the issue in habeas corpus apart from seeking bail for the accused. The state government has now admitted their mistake and moved an application seeking transfer of the matter to the court of Additional Session Judge. With Tuesday’s order, it is clear that custody of the accused till December 22 was illegal,” Anand said.

Siddique Kappan, Atiq-Ur-Rahman, Masood Ahmed and Alam were arrested in Mathura on October 5 while on their way to Hathras where a 19-year-old Dalit girl had been allegedly gangraped, leading to her death in a Delhi hospital.

UP Police claimed that the accused gathered funds to instigate riots on basis of caste “as they have done on basis of religion in protest of CAA”. The UP government had earlier submitted that the four were part of the Popular Front of India and former members of the Students Islamic Movement of India.

The next date of hearing on the habeas corpus — filed on behalf of Rahman, Ahmed and Alam — is scheduled for January 5.