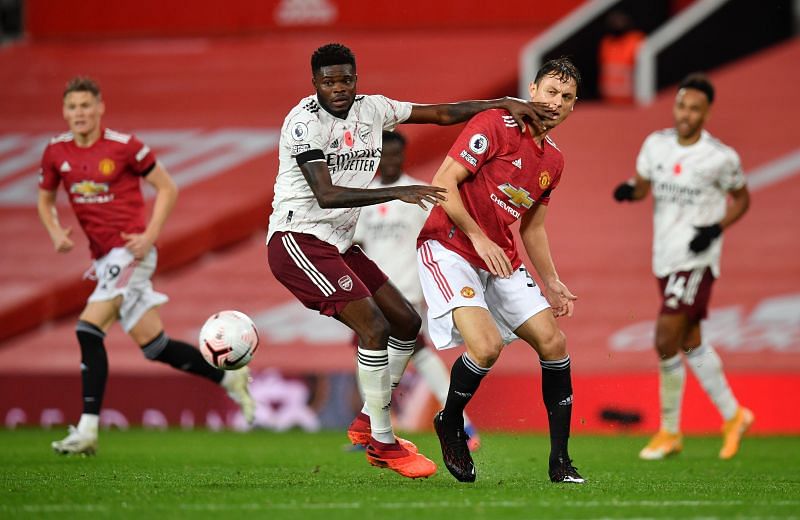 Manchester United will travel to the Emirates to face Arsenal in what will be a massive game for both teams.

While Arsenal could climb further up the table with the win, Manchester United will be able to put the shock defeat against Sheffield United behind them with three points.

Despite the defeat against Sheffield United, Manchester United will perhaps be the favourites heading into the game considering their impressive away form.

Arsenal, meanwhile, will hope to continue their good form against Ole Gunnar Solskjaer’s side. The Gunners are unbeaten in the last five Premier League meetings between the two teams.

Both sides have some talented and in-form players. So, without further ado, let’s have a look at five players to watch out for when the two sides face off on Saturday:

Bukayo Saka has arguably been the most impressive player in the Arsenal attack this season, and his energetic displays have often lifted the team from their slumber.

Still only 19, it’s surprising that he has outshone the more vastly experienced players in the squad, and Mikel Arteta will hope he continues that form against Manchester United.

Saka has scored two goals in his last three games, and has a total of five strikes in the Premier League.

His ability to drive on the counter and take on defenders will come in handy against Manchester United, as the Gunners could sit back and hit Solskjaer’s side on the break.

Most goals scored by a teenager in Europe’s top five leagues this season:

Bruno Fernandes wasn’t able to stamp his authority on the game against Sheffield United, but he is a man for the big occasion, and we expect him to play a big role come Saturday.

The Portuguese came off the bench to score a free-kick and knock Liverpool out of the FA Cup a week ago, and his team will need his creativity against Arsenal.

The Gunners have conceded just twice in their last six games in all competitions and have been a hard team to beat. Fernandes’ combination play with the rest of the Manchester United attackers and his pin-point crossing into the box could trouble the Arsenal defence.

Fernandes has 11 goals and seven assists already this season, and he will need to improve his numbers if Manchester United are to beat Arsenal.

Manchester United signed Bruno Fernandes one year ago today. Since then:

Worth every cent 💰 @brfootball pic.twitter.com/ffcCh4GIpb

X
NBA Daily Fantasy: Is Julius Randle a sure thing? And is it time to bet on Dariu…SportsImage: Getty ImagesHopefully you have enough money left over for your daily fantasy ventures after your hefty Dogecoin investment yesterday. Hold on t…
close