Home EntertainmentBollywood Arshad Warsi on working with Akshay Kumar for Bachchan Pandey: I wanted to shoot an insane film with him

Arshad Warsi on working with Akshay Kumar for Bachchan Pandey: I wanted to shoot an insane film with him 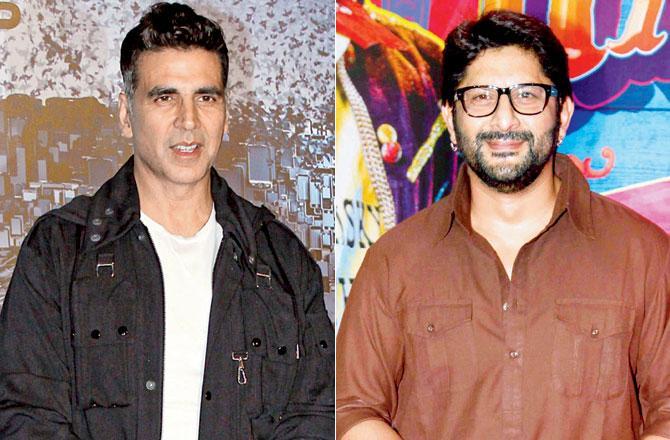 When comedy comes calling, Arshad Warsi can’t say no, especially when he is paired alongside the master of all trades, Akshay Kumar. “It’s so strange that I have never worked with Akshay all this while,” says the Munna Bhai MBBS actor, who was recently signed for Farhad Samji’s Bachchan Pandey.

Elated about sharing screen space with another comedy king, Warsi believes their pairing will be a “treat for the audience”. “This is my first film with Akshay. We have often spoken about working together, but it never materialised. I wanted to shoot an insane film with him and we are doing Bachchan Pandey. It will be great to work with someone so spontaneous,” says the actor. While they’ve never collaborated onscreen before, Kumar served as the producer on Warsi’s latest OTT release, Durgamati.

Set to go on floors in January 2021, the movie also features Kriti Sanon and Jacqueline Fernandez.