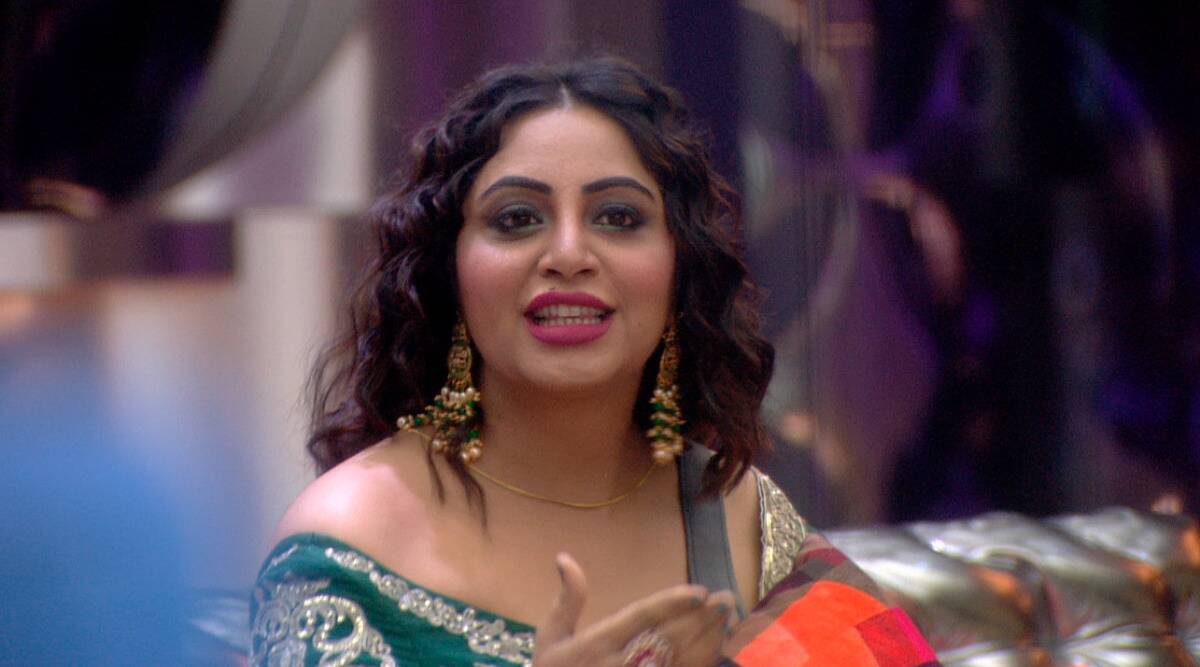 Last Sunday, Bigg Boss 14 saw Arshi Khan being evicted from Bigg Boss 14. The model-actor, who entered the show as a challenger, added a lot of entertainment to the season. From her friendship with Rahul Vaidya, Aly Goni and Rakhi Sawant to her constant fights with Nikki Tamboli and Devoleena Bhattacharjee, Arshi managed to hog the spotlight often.

In an exclusive chat with indianexpress.com, Arshi Khan opened about her eviction, her journey and who she feels will take home the trophy. Excerpts from the conversation…

Did you expect to be get eliminated at this point of the game?

Honestly, not at all. I was expecting either Devoleena Bhattacharjee or Nikki Tamboli to leave the show. I am still upset over this unexpected eviction.

And how disappointing was it for your brother, who was gearing up to enter the house as your connection?

He was heartbroken. He didn’t care that my journey on the show was over as he was feeling sad only about himself. He was already in quarantine for around a week and was really excited to join the contestants. Bunty even told me he had plans to group up with Rahul and Aly and have a lot of fun.

Abhinav Shukla also got evicted after being voted out by the connections. What’s your take on the same?

I think he deserved to be in the top 5. He and Rubina are the only ones who hadn’t left the show even once. He played the game with utmost dignity and should have been one of the top players. It was quite an unfair eviction.

Recently, we saw Devoleena breaking down after a fight with you. What really transpired?

It was really unnecessary behaviour. I hadn’t said anything that would have led to such a drastic reaction. I was stunned by her behaviour.

Many people were expecting that you and Rakhi will team up together.

I really respect her as she is my senior but both of us have different ways to entertain. I know my boundaries well, and if someone is uncomfortable with my presence, I will never poke that person. Rubina and Abhinav gave her so much love and respect but what she did to them was very wrong. Even as a contestant, I did not like it. Also, Rakhi would always be insecure around me, scared that I would turn out to be a bigger entertainer than her. She would often want to discuss her moves to create content. I am a natural, who does things spontaneously. Hence, we never really managed to play together.

Your friendship with Aly and Rahul also took a hit in the last few days.

I was so affected after that. Aly was understanding while Rahul kept getting angry and talking ill about me. Since I considered them friends, I wanted them to talk to me personally rather than putting me down in front of the whole house. I would keep crying, and when I was getting evicted, they too were left in tears. I know it would be hard to survive without me.

There are claims that your fights with Vikas Gupta were staged?

Honestly, I really don’t want to talk about him at all.

Also, what happened with Salman Khan? He also seemed quite furious with you.

Since he always calls me naagin, I joked with him that he always “give me zillat ke laddoo” (insults me). That did not go down well with him, and he got angry. However, it soon got sorted, and we were back with our fun times.

Season 11 or 14, which journey has been more fulfilling to you?

I think this time, it was more fun, as I knew what I was doing. It was an unknown territory for me. This year, it also was quite a tough job as most contestants were up to nothing when we entered. It took a while for me to understand their game and then manipulate it for my benefit. Post that, maine scene zarur palta (I changed the scene).

After your stint last time, you did not take up too many projects. How do you plan to encash this new found popularity and love?

Last time, I was focussing more on events and was traveling around the world for the same. However, now I want to act, and would be looking at taking up some good roles.

What are your expectations from the final days of Bigg Boss 14?

It’s going to be one hell of a ride. It will be a lot of fun, and I am looking forward to it. As for the winners, the competition would be between Ay, Rahul and Rubina Dilaik.