Home News As China shows its hand in Nepal’s political crisis, India prefers to watch from the sidelines

As China shows its hand in Nepal’s political crisis, India prefers to watch from the sidelines 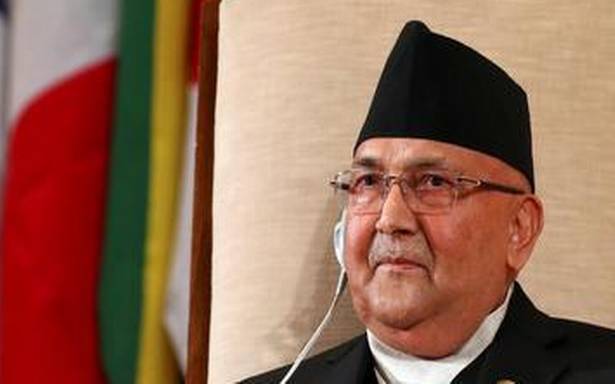 Within just seven months, the disposition of Nepal’s top leadership towards New Delhi has undergone a complete turnaround. On the one hand, Prime Minister K.P. Sharma Oli, who was running a collision course with the government of Prime Minister Narendra Modi, accusing it of territorial hegemony, has considerably softened his tone, and courted high-level visits from India towards the end of 2020.

On the other, his rival in the unified Nepal Communist Party Pushp Kamal Dahal or Prachanda, who was seen as sympathetic to India’s cause, is now clearly seeking China’s intervention in the current political crisis in Nepal, sparked by Mr. Oli’s dissolution of parliament’s lower house.

In another turnaround, China, which used to stay aloof from internal politics, has shown its hand in the current crisis, while India, which is often accused of instigating instability in the Himalayan nation, is watching the situation, albeit closely, from the sidelines. Indian Ambassador to Kathmandu Vinay Kwatra travelled to Delhi after a meeting with Prime Minister Oli last week, setting off speculation that he had carried a message from the Nepali PM to the Modi government, explaining his reasons for the “coup”. The Ministry of External Affairs however said that, while it had “noted” the developments, these were “internal matters for Nepal to decide as per its democratic processes,” with only a thinly veiled suggestion that Mr. Oli’s actions should be democratic.

In contrast, Chinese Ambassador Hou Yanqi has been busy since the dissolution announcement last Sunday, and met with the Prachanda-Madhav Nepal faction as well as President Bidhya Devi Bhandari, after which Beijing dispatched Guo Yezhou, vice-minister of the International Department of the Communist Party of China (CPC) to Kathmandu. Mr. Guo had last visited Kathmandu just after the election win of the Left Alliance in 2018 and before the unification of Mr. Oli’s UML (United Marxist Leninist) and Prachanda’s Communist Party of Nepal (Maoist), and is believed to know all communist party leaders well. Whether he succeeds in his mission to try and keep the communist party unified, or not, it is clear that Beijing’s top echelons have exposed themselves to accusations of interference in Kathmandu.

Beijing has also sent top leaders to Kathmandu after visits by R&AW chief Samant Goyal, Army Chief Naravane and Foreign Secretary Harsh Shringla, indicating its discomfort with Mr. Oli’s shift towards Delhi. An added international dimension to the tangle this year was Mr. Oli’s decision to go ahead with the United States’ $500 million Millennium Challenge Corporation’s development assistance programme, which Prachanda and other leaders blocked in parliament, claiming it would draw Nepal into the US’s Indo-Pacific policy.

“Despite a two-thirds mandate for the ruling party, Mr. Oli and Mr. Dahal continued to try tripping each other up, rather than focusing on governance. India, which is usually the whipping boy of their politics is correctly staying out of the picture, while China attempts to involve itself in their politics,” said former Indian Ambassador to Nepal Manjeev Singh Puri.

Those in Delhi watching developments closely say that the Modi government, that has only recently patched up with the Oli government after the map conflagration in May, is also taking the calculated risk that while Mr. Oli could lose control of the party, he retains the balance of power, and President Bhandari’s acceptance of his decision to dissolve the House and even reshuffle his cabinet as a caretaker PM, as well as the Constitutional bench of the Supreme Court not to immediately stay the decision have been seen as indicators of that. Meanwhile, parliament speaker Agniprasad Sapotka, who had earlier said that under the Constitution, the house cannot be dissolved without all optional governments being considered, has yet to announce whether he will cross Mr. Oli and reconvene the lower house.

As a result, officials say India will allow the crisis to play itself out further, unlike in 2015, when Nepal’s decision to promulgate the constitution led to bad blood and a blockade at the border. “If we speak, we are accused of interfering; and if we don’t act or make a statement we would be accused of being cut out of the picture in Nepal,” said an official, explaining New Delhi’s cautious stand.

(with inputs from Kallol Bhattacherjee)