Home News As Congress, Left Front unite for Bengal elections, this is how they fared in previous polls

As Congress, Left Front unite for Bengal elections, this is how they fared in previous polls 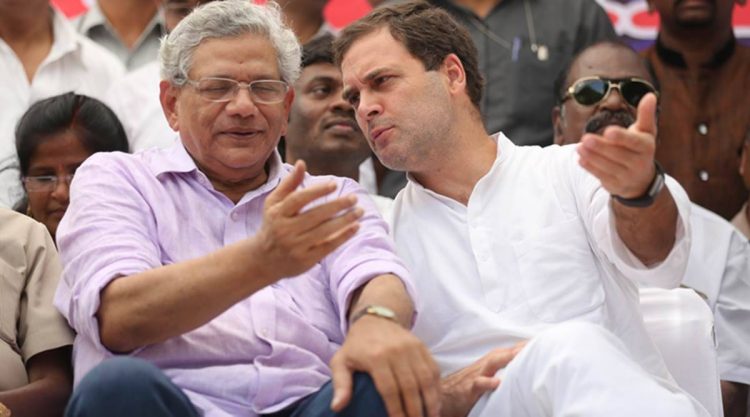 In a bid to claim its long-lost ground in West Bengal in the impending assembly elections in the state, Congress on Thursday officially announced its alliance with the Left front. Both the parties will be up against the ruling Trinamool Congress and an aggressive BJP, which made clear inroads in Bengal during the 2019 Lok Sabha elections. Following the 2016 Assembly elections, the Left parties and Congress saw a massive erosion in their support bases, with most of their rank and file moving en masse to the TMC. However, the Left and Congress did not contest the Lok Sabha elections in Bengal together. This is how they fared in the previous elections:

In 2016 Bengal assembly polls, the Left Front and Congress together had won 76 out of 294 seats in West Bengal after garnering about 38 per cent vote share. The Left Front received 26 per cent of the votes, while the Congress got only 12 per cent. Despite such a low vote share, Congress won 44 seats, while the Left Front managed to bag only 32, with CPI-M bagging 26 seats, RSP 3, CPI 1 and Forward Bloc 2. The Trinamool Congress under Mamata Banerjee won 211 seats and 44.91 per cent votes, getting re-elected with an enhanced majority. BJP got three seats, with a vote share of 10.16 per cent.

In the 2011 Assembly elections, TMC had won 184 seats and got 38.93 per cent of the votes. It had fought the polls in alliance with Congress and SUCI(C), which won 42 seats and 1 seat respectively, taking the tally to 227. The Left front was reduced to only 62 seats while BJP failed to open its account.