As Evidence Mounts that Navalny Was Poisoned by State, Russians Just Sigh 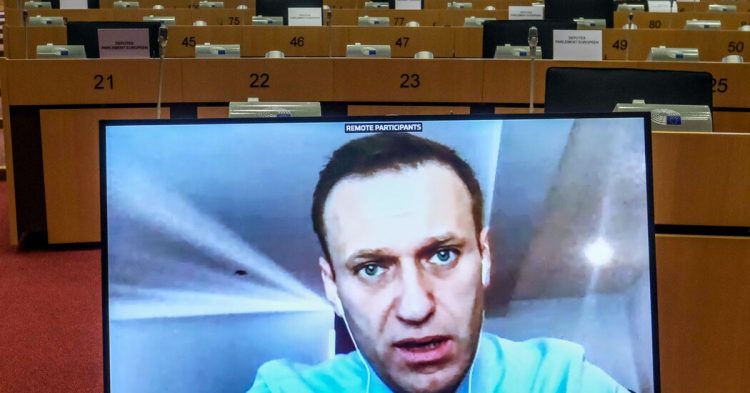 MOSCOW — Vitaly Mansky, a filmmaker, posed in front of the headquarters of Russia’s domestic intelligence agency brandishing a pair of checkered blue boxers. He was immediately detained by the police.

It was a one-man protest in response to mounting evidence of a crime that, even in a country used to government abuse, stunned many Russians. The opposition leader Aleksei A. Navalny says the state tried to assassinate him by planting a deadly chemical on his underpants.

But Mr. Mansky, who walked free a few hours after his detention on Tuesday, later voiced disappointment with his compatriots. For all the online anger and underwear-related memes generated in recent days by Mr. Navalny’s revelations about his poisoning — not all of which have been independently verified — there was almost no one protesting in the streets.

Mr. Navalny’s evidence of a state-organized assassination attempt “should have changed everything in this country,” Mr. Mansky told Echo of Moscow, a popular liberal radio station, on its morning show Wednesday. “I was disappointed that I was there alone. I think that even 100,000 people would have been too few. But no one came.”

Russians are living through one of the most turbulent times in recent history and yet for the most part, between the holidays and the pandemic, they are putting their heads down. Many are scared to voice any outrage, fearing they have too much to lose. Others may not believe that Mr. Navalny was poisoned by their government.

“He’s such small fry,” said Valentin Leontyev, an 81-year-old retired oil engineer in Moscow, dismissing the idea that Mr. Navalny was poisoned. “What would be the point?”

Mr. Navalny is continuing to recuperate in Germany and vows to return to Russia. While in Germany, he worked with Bellingcat, an open-source investigative group, to produce a report and a video showing how leaked telephone records establish that Russian agents had sought to poison him. On Monday, he released a new video that shows him masquerading as a Russian official and extracting a confession over the phone by a man that Mr. Navalny says was part of the assassination squad.

In the video, the man can be heard saying that the poison was planted inside Mr. Navalny’s underwear and that he had survived because he received swift medical care. Mr. Navalny says the man was Konstantin Kudryavtsev, a chemical warfare specialist at the Federal Security Service, known as the F.S.B., a successor to the K.G.B.

There was no independent confirmation that Mr. Navalny had indeed spoken to Mr. Kudryavtsev. The F.S.B. has said Mr. Navalny’s video was a forgery, enabled by Western intelligence.

The question for Russia and President Vladimir V. Putin is whether the poisoning of Mr. Navalny will have longer-term consequences by further discrediting the government in the eyes of the public — or by heightening the fear of those who would otherwise speak out.

“This is going into the piggy bank of actions that the state has undertaken against us,” said Anastasia Nikolskaya, a psychologist who conducts regular focus groups across the country, describing the reaction of many to the Navalny case. “At some point this will explode.”

The Kremlin seems to be gearing up for tensions: this week, Parliament rushed to pass bills imposing new restrictions on protests and free speech and giving the government new powers to block foreign social-media sites like Facebook and YouTube. On Wednesday, a Moscow court handed down a 2-year suspended prison sentence to Yuliya Galyamina, a Moscow district councilwoman, for violating public assembly rules in her campaign against Mr. Putin’s constitutional amendments earlier this year.

Though few Russians have taken to the streets to protest Mr. Navalny’s poisoning, his attempted assassination has already become a noted event. The opposition leader’s two videos laying out his case have already been viewed a total of 38 million times on YouTube. Yandex, Russia’s main search engine and internet company, described his poisoning as one of the year’s most searched-for news events.

“The patient is suffering from a clearly pronounced persecution mania,” Mr. Putin’s spokesman, Dmitri S. Peskov, told journalists this week in his latest effort to dismiss Mr. Navalny’s allegations. “One can also definitively identify certain elements of a delusion of grandeur — they are saying he is even comparing himself to Jesus.”

The Kremlin says it is not clear that Mr. Navalny was poisoned at all, and that if he was, it could have been a ruse by Western intelligence agencies to undermine Mr. Putin. Mr. Navalny collapsed on a domestic flight in August in Siberia, fell into a coma, and was later flown to Germany for treatment. A German military lab determined he had been poisoned by a Russian-developed, military-grade nerve agent.

At a Moscow food court called Central Market, which serves oysters and truffle-topped burgers, most people interviewed said they had watched Mr. Navalny’s videos within hours of their release. They said they believed the politician had been poisoned but were at a loss as to what to do about it — and universally declined to give their last names, out of fear of the consequences.

Lena, a 37-year-old woman working in marketing at a fitness club, said she respected Mr. Navalny even though she had little interest in politics. His recent videos confirmed the dominance of the police and intelligence agencies in Russian society, she said, adding, “I am simply afraid.”

“You have to survive in these conditions,” she said. “At least the water is clean.”

Some Russians have spoken up. A smattering of local politicians across the country have signed letters calling for a criminal investigation.

“Let’s be honest: killing people is not good,” said Vadim Alekseyev, a district councilman in the city of Samara, in southern Russia. . “We need to draw attention to this in every possible way.”

But new laws cracking down on freedom of speech seem to be designed to intensify the fear of people like Lena, though the government says they are necessary to combat Western interference in Russian domestic politics. The national election for the State Duma, the lower house of Parliament, is expected to take place next fall.

One new law passed by the Duma Wednesday criminalizes blocking traffic. Another gives the government the power to block social-media sites under certain conditions. A third makes online libel punishable by up to five years in prison.

Dmitri Vyatkin, the lawmaker behind the new libel law, said, according to the Interfax news agency: “The very threat of such a punishment might sober some people up.”