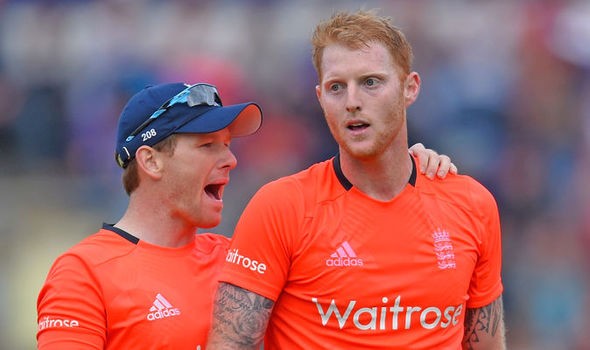 Eoin Morgan, England’s limited-overs captain asserted that cricket is currently in a ‘really healthy space’ as youngsters like Indian batsman Shubman Gill and England all-rounder Sam Curran are prioritizing Test cricket. Eoin Morgan added that each format of the game will have to recognize the roles that they play within the game.

England’s limited-overs captain Eoin Morgan has given some great insights about the ‘current health of cricket’ and the impact of the T20 format on it. Eoin Morgan, who is currently in India to lead Kolkata Knight Riders (KKR) in IPL 2021, said that observing the youngsters always gives a good insight into where the sport is heading.

The 34-year-old added that players like Shubman Gill and Sam Curran are prioritizing Test cricket over other formats and that in itself was proof that the game was currently in a ‘really healthy space’. Further, he stated that his experience of playing in Test cricket helped in evolve in white-ball formats.

“Ultimately younger players always give you a great insight into where cricket is at right now. Our youngest, best talents coming through like our Sam Curran or India’s Shubman Gill who are coming in and starting out on their journey in international cricket are really prioritizing Test match cricket.”

“Up until a certain age you should play everything – you can’t alienate yourself early on in your career or even halfway through. My ambition was always to play Test match cricket. Naturally, I was a better white-ball cricketer but the experience of playing Test cricket was important in my evolution.”

“That to me means that even amongst the popularity that T20 has brought to the game, and the glitz, the glamour, the revenue streams it has brought in – cricket is in a really healthy place,” Morgan told Sky Sports The Cricket Show.

The 34-year-old, who had his Test cricket confined to 16 matches, reckons a player should start out playing all three formats, and only later should consider dropping out of one or two. Shubman Gill has played 7 Tests, 3 ODIs, and 41 IPL games while Sam Curran has featured in 21 Tests, 8 ODIs, 13 T20Is, and 23 IPL games.

The World Cup-winning captain stressed another extremely valid point by asserting that it was important to understand the relevance of each format of the game. He said T20 cricket is an avenue for the young generation who have never seen cricket, whereas 50-over cricket gives viewers a bit of everything, and that Test format, which is the most prestigious of all, will be a priority for very few countries around the world.

“The biggest question that we will have, is what is the relevance of the three formats and where do they stand? One of the biggest mistakes we make as a sport is having all three formats overlap or not recognising the roles that they play within the game.”

“T20 cricket is an avenue for a young kid who has never seen the game and sees this big shiny thing on TV with stars and the ball being blasted everywhere; 50-over cricket has a different dynamic, it gives you a little bit of everything all in one day. Test match cricket is our most prestigious game for our elite players. It will always be like that and for a very few countries around the world, it is prioritized,” Morgan added.

Eoin Morgan also opined that IPL, which started in 2008, changed cricket with the passion and energy it brought in with it. Different generations are having different preferences because of the same reason according to Eoin Morgan.

“Where the game has fallen behind a little bit is probably since 2008 with the start of the IPL, cricket has been a little bit of a victim of its own success – T20 has completely changed the game for the best; it has made it more popular and brought great passion and energy.”

“But as a sport sometimes we fight that passion and energy because we’ve been brought up in a different generation where there were one or two formats for a very long time so when things tend to change very quickly the tendency is always to say ‘no, I prefer this’.”

An Irish-born Englishman with a reputation for inventive and audacious stroke-play, Eoin Morgan has proved to be one of the most innovative players in international cricket. He has spent most of his IPL career with KKR but represented the Sunrisers Hyderabad in 2015 and 2016 and played for Kings XI Punjab in 2017.

The 2019 World Cup-winning captain made a return to the Kolkata Knight Riders set-up in 2020 and scored 418 runs in 14 games averaging 41.8 and was handed the captaincy in the middle of IPL 2020 as Dinesh Karthik relinquished the job.