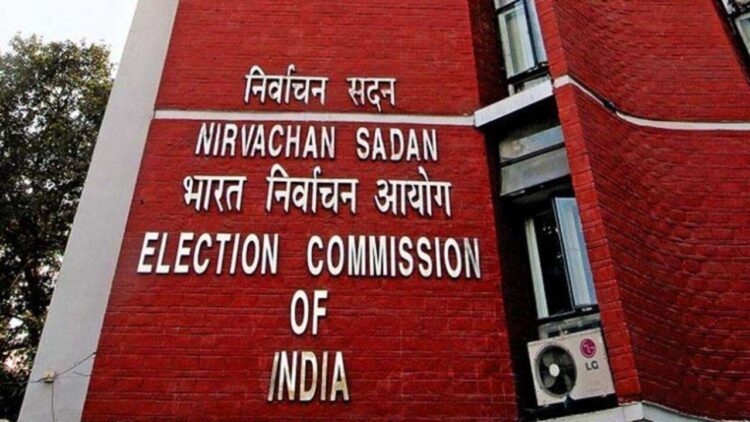 The Election Commission of India (ECI) has ordered a repoll in the Ratabari seat of Assam after an Electronic Voting Machine (EVM) was found in the car of a BJP candidate. Four officials, including the presiding officer, have been suspended and a report has been sought in the matter.

In a statement, the ECI has said that the seals of the EVM were found to be intact.

According to the information, the polling party’s car broke down, after which the presiding officer took a lift in the BJP MLA’s car as the Sector Officer appointed by the EC did not have any arrangements for another vehicle.

The preliminary report received by the Election Commission says that the polling party was not initially aware that the vehicle in which they are taking the lift is the car of the BJP MLA. The car is registered in the name of the wife of the BJP MLA.

In a series of tweets, she said, “Every time there is an election video of private vehicles caught transporting EVM’s show up. Unsurprisingly, they have the following things in common, the vehicles usually belong to BJP candidates or their associates. The videos are taken as one off incidents and dismissed as aberrations. The BJP uses its media machinery to accuse those who exposed the videos as sore losers.”

After the second phase of polling ended in Assam on Thursday, a video on social media went viral which allegedly showed electronic voting machines (EVMs) in the car of the BJP MLA.