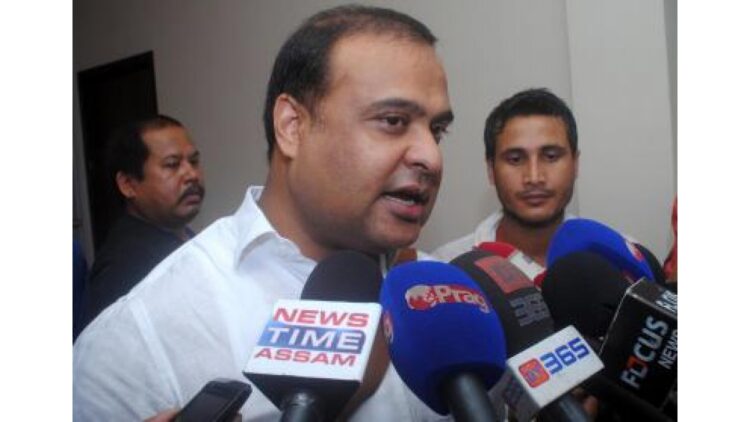 The poll panel said that it has barred Sarma from addressing any public meetings, road shows, media interviews, public processions, and public rallies, for 48 hours from immediate effect on April 2.

Sarma has been barred from making any statements, the poll panel said, adding the decision was taken under its powers from Article 324 of the Constitution.

The EC also condemned the impugned statements of Sarma, as it said his reply, submitted on Friday, denying all the allegations was not found satisfactory.

The poll panel’s action comes in the wake of the complaint filed by the Congress on March 30, alleging that Sarma had openly threatened to send Mohilary to jail by misusing the National Investigation Agency (NIA).

Noting “prima facie violation” of provisions of the Model Code of conduct by Sarma, the EC directed the BJP leader to submit his explanations on the allegations by 5 p.m. on Friday.

The Congress and the Bodoland People’s Front are alliance partners in Assam.

Sarma is contesting from Jalukbari Assembly constituency, which will go to polls in the third phase on April 6.