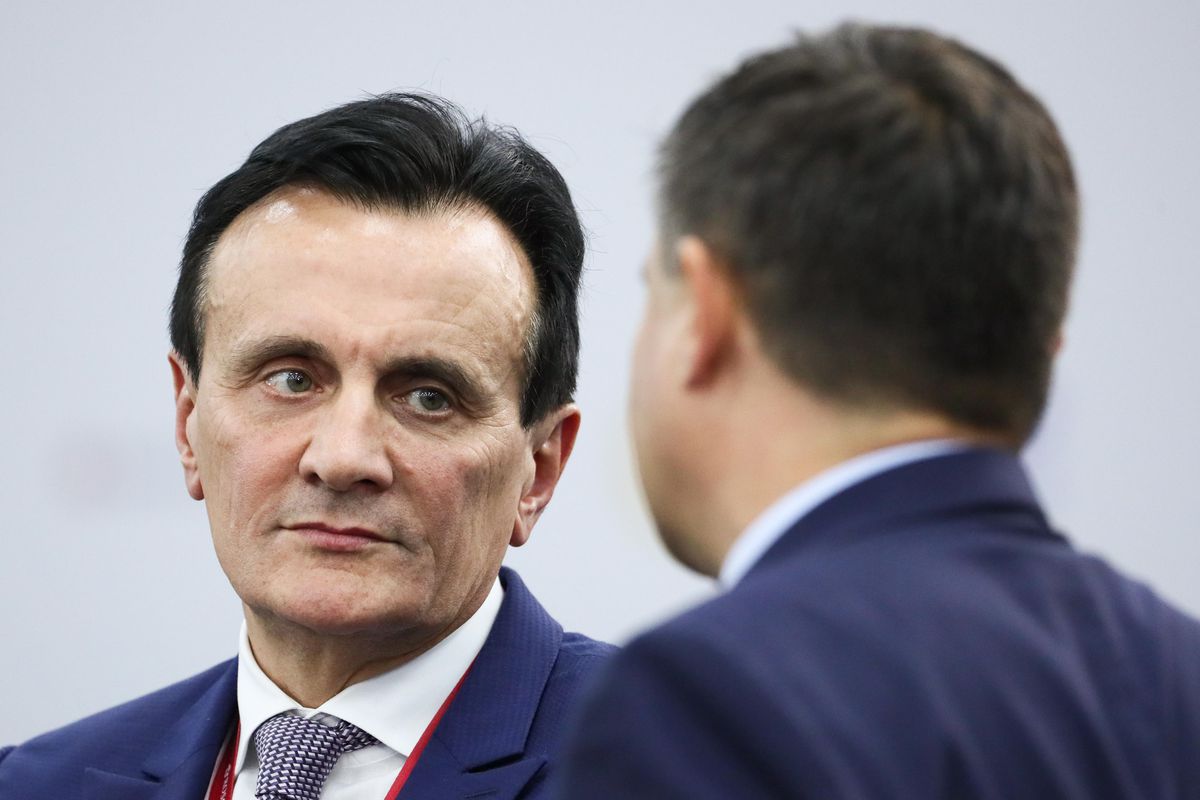 After the European Union accused drugmaker AstraZeneca of backtracking on its contractual commitments to deliver 80 million Covid-19 vaccine doses by the end of March in order to sell them for profit elsewhere, its CEO Pascal Soriot hit back ahead of a crunch meeting with the bloc on Wednesday, rebutting claims point by point, suggesting the EU reexamine the contract before issuing threats and implying hypocrisy in its approach to equitable vaccine distribution.

Speaking to Italy’s la Repubblica, Soriot denied that the company’s updated projection of 31 million doses by the end of March was a walkback on its contractual commitments and said it had only agreed to make its “best effort” to deliver a certain number of vaccine doses.

The EU threatened to introduce export rules that could restrict supply of its Covid-19 vaccine outside the bloc Monday after it said the company failed to adequately explain production shortfalls.

Soriot rejected the EU’s complaint that the U.K. — which has been successfully rolling out the vaccine and Soriot said may be able to vaccinate 30 million people by March — was receiving some form of preferential treatment, noting that “Europe… wanted to be supplied more or less at the same time as the U.K., even though the contract was signed three months later.”

He said the U.K. government, which helped develop the vaccine alongside the University of Oxford, required vaccines produced in the country to stay in the U.K. before being exported elsewhere and that factories there could not be used to make up for production issues in Europe.

Soriot said European accusations that the company is reneging on its commitments in order to make profit elsewhere make no sense — the company says it is making “no profit” on the vaccine.

Soriot went on to implicitly accuse the EU of hypocrisy — the bloc has been a leading exponent of equitable vaccine distribution around the world and opposes “vaccine nationalism” where wealthy nations hoard supplies — observing that “Europe is getting 17% of our global supply for a month for 5% of the world population.”

Europe’s vaccine program has struggled to gain momentum and supply issues already threaten to cripple it before it gets properly started; Pfizer-BioNTech and AstraZeneca have both informed Brussels that supply chain issues will lead to delays. AstraZeneca’s announcement of delays Friday prompted especial fury — it motivated health commissioner Stella Kyriakides to announce harsh new export regulations requiring companies to seek permission from Brussels before shipping outside the bloc and Italy and Latvia both threatened to sue the company.

The EU stopped short of directly accusing AstraZeneca of reneging on its contracts in order to sell doses elsewhere, but said: “The European Union wants to know exactly which doses have been produced by AstraZeneca and where exactly so far and if or to whom they have been delivered,” Stella Kyriakides, the European Commissioner for Health and Food Safety, said in a statement. Later, Kyriakides tweeted that discussions with the pharma giant “resulted in dissatisfaction” and there was a “lack of clarity and insufficient explanations.”

Soriot praised Britain’s decision to delay the second dose of the vaccine in order to provide some form of immunity to as many people as possible. He said the company believes “the efficacy of one dose is sufficient: 100% protection against severe disease and hospitalization, and 71-73% of efficacy overall. The second dose is needed for long-term protection.”

Pascal Soriot: “There are a lot of emotions on vaccines in EU. But it’s complicated” (La Repubblica)

AstraZeneca CEO: EU vaccine contract is ‘not a commitment’ (Politico)