Home EntertainmentHollywood At Sundance, pandemic dramas unfold on screen and off

At Sundance, pandemic dramas unfold on screen and off 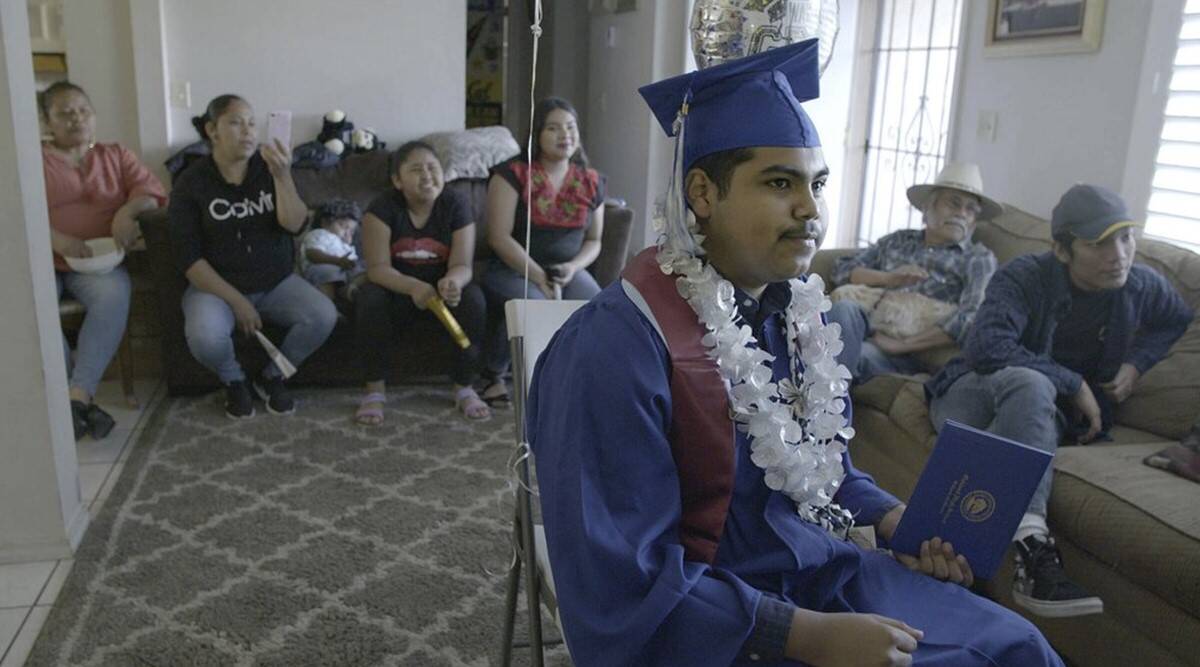 Peter Nicks had for months been documenting the students of Oakland High School, in California, when the pandemic hit.

“It’s in the Bay,” says one student of the virus as he and others mill together in a classroom, excitedly contemplating the cancellation of school.

Soon, the principal is heard over the loudspeaker — an announcement that would signal not just the scuttling of prom and graduation ceremonies, but, potentially, Nicks’ film. After chronicling other Oakland institutions, Nicks had set out to document a year in the life of the multicultural teenagers of Oakland. “Something like The Breakfast Club with kids of color,” he says.

But how do you make an intimate, observation documentary about school life when the hallways are suddenly emptied, the school musical cancelled and your third act turns virtual?

“The first order of business was just capturing that moment,” Nicks says, speaking through Zoom from Oakland. “Then shortly after that it was: What are we going to do? How are we possibly going to finish this movie?”

Homeroom, Nicks’ fittingly titled — and ultimately completed — documentary, is one of the 74 feature films that will debut at the Sundance Film Festival beginning Thursday. The pandemic has transformed the annual Park City, Utah, festival into a largely virtual event, but it has also reshaped many of the films that will unspool there.

No festival more represents an annual cinematic rebirth — a fresh crop, a new wave — than Sundance. But given the constraints on gatherings since last March, how could filmmakers get their movies made, edited and delivered to Sundance?

The majority of films showing this year were shot before the arrival of COVID-19 — many of them edited during quarantine. But there are numerous filmmakers at the festival who managed the seemingly impossible feat of making a movie in 2020.

A handful of high-profile films made during the pandemic have recently hit streaming platforms, including the heist comedy Locked Down and the romance Malcolm & Marie. But Sundance will supply the fullest look yet of movie-making under the pandemic. Even in an independent film world predicated on a can-do spirit, the results — including Homeroom, How It Ends and In the Same Breath — are often striking for their resourcefulness.

With school closed, Nicks sifted through his footage and realised he had a rich thread. The students, responding to a history of police brutality, had been pushing to eradicate officers from the high-school campus.

Nicks decided to continue production, relying on a mix of the students’ own cell phone footage and more selective shooting opportunities. Homeroom morphed into a coming-of-age tale, riven with activism and George Floyd protests, that reflected a larger awakening.

“We started to recognise that we had a powerful narrative that began in the beginning, we just didn’t realise it,” says Nicks. “That’s part of why I love documentaries — how and why things are revealed. You just have to be open to make those adjustments and see it.”

The writer-directors Zoe Lister-Jones and Daryl Wein, who are married, were also trying to adapt to the pandemic normal in Los Angeles.

“That adjustment was bringing up so many intense emotions,” says Lister-Jones, the actress-filmmaker of The Craft: Legacy and Band Aid. “A lot of fear and vulnerability and a lot of uncertainty not just about the world but what our future as filmmakers was going to look like.”

Drawing from their own anxieties and therapy sessions, they began outlining a film about a woman (Lister-Jones) walking around a desolate Los Angeles with her newly visible younger self (Cailee Spaeny), on the eve of an impending asteroid apocalypse. The movie isn’t about the pandemic, but it’s clearly a product of the kind of self-reflection it brought on. A still from How it Ends that will premiere at the 2021 Sundance Film Festival. (Photo: AP)

Given the always fluctuating emotional rollercoaster of daily life in the pandemic, making a comedy was frequently difficult — not just logistically but emotionally.

“It takes a huge amount of energy to produce a film. To do so when we were in such a raw emotional state did really terrify me,” says Lister-Jones. “Many days when we went out to shoot before I would say quietly or aloud, ‘I can’t do it.’ By the end of that day, it was so incredible to see the ways in which it nourished me.”

Sundance’s slate is down from the usual 120 features, but it’s not for lack of submissions. More than 3,500 feature films were sent in. Some were made in a pandemic sprint.

British filmmaker Ben Wheatley made In the Earth, a horror film set in the pandemic, over the summer. Carlson Young shot her fantasy-horror thriller The Blazing World with a skeletal crew last August in Texas, with the cast quarantining together at a wedding resort. Most films made in 2020 are time capsules but that’s explicitly the purpose of Kevin Macdonald’s Life in a Day 2020. It’s composed of 15,000 hours of YouTube footage shot worldwide in a single day.

Nanfu Wang, the China-born documentarian based in New Jersey whose Sundance prize-winning 2019 documentary One Child Nation analysed the personal and widespread toll of China’s one-child policy, didn’t realise she was starting a film when she did. At first, she just kept taking screen shots and recording social-media posts she saw coming out of China in January.

“I was seeing the information about the virus, about the outbreak being censored in real time,” says Wang. “I would see something and then ten minutes later it would be deleted. That compelled me to archive them.” 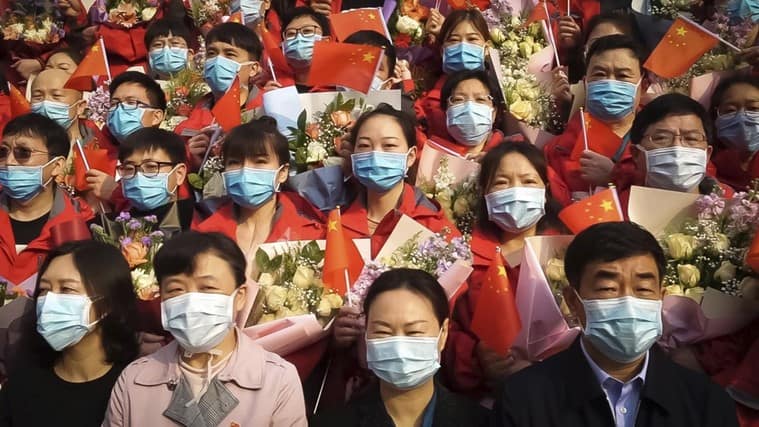 A still from In The Same Breath, an official selection of the Premieres section of the 2021 Sundance Film Festival. (Photo: AP)

Wang was in the midst of several other projects. At first, she tried handing off what she had gathered to news outlets. Then she started planning a short film. Then the scope of the outbreak necessitated a feature film. HBO came on board. And Wang started working with 10 cinematographers in China to capture the yawning gap between party propaganda and reality.

But more twists, of course, followed. The outbreak spread beyond China, and in the US response, Wang saw a different but comparable virus response from another regime. Soon, she was organising film crews in America, too. The scope of In the Same Breath grew.

“The outbreak in the US shocked me even more than it originally starting in China. I had this notion that America is a more advanced society and things like that shouldn’t be happening in the same way or worse. It changed the film,” says Wang. “In March, April, I started thinking: OK, now what is the film about?”