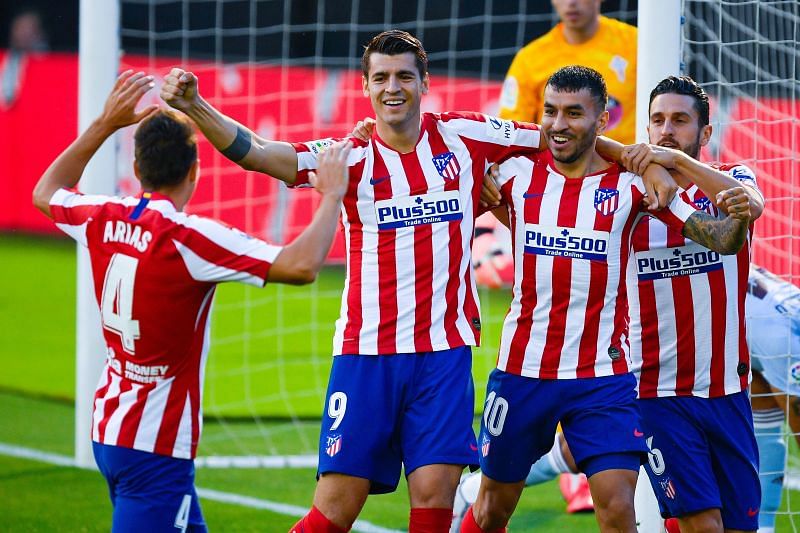 Atletico Madrid are back in action in La Liga this weekend as they take on Celta Vigo in an important clash at the Estadio Wanda Metropolitano on Sunday. Los Colchoneros have been in excellent form this season and are the favourites to win this game.

Celta Vigo are currently in 10th place in the La Liga standings and have endured a slump in recent weeks. The Galician outfit played out a 0-0 stalemate against Granada last weekend and will want to pull off an upset in this fixture.

Atletico Madrid, on the other hand, will look to maintain their ten-point lead at the top of the league table with a victory this weekend. Diego Simeone’s charges are the front-runners in the La Liga title race this season and have a point to prove in the coming months.

Atletico Madrid have a good track record against Celta Vigo and have won 16 matches out of a total of 32 games played between the two teams. Celta Vigo have managed only nine victories against Atletico Madrid and will need to be at their best this weekend.

The previous meeting between the two Spanish sides took place in October last year and ended in a 2-0 victory for Atletico Madrid. Luis Suarez scored on the day and will likely play a pivotal role in this match.

Kieran Trippier has been served with a ban and is unavailable for the game against Celta Vigo this weekend. Diego Simeone has no injury concerns at the moment and will likely field his best team.

Atletico Madrid have exceeded expectations under Diego Simeone this season and have managed eight consecutive league victories. The likes of Joao Felix and Luis Suarez have been lethal in the final third and will want to make their mark on this fixture.

Celta Vigo have been disappointing in recent weeks but the return of Iago Aspas will provide them with a source of inspiration. Atletico Madrid seem fairly invincible at the moment, however, and should be able to win this game.