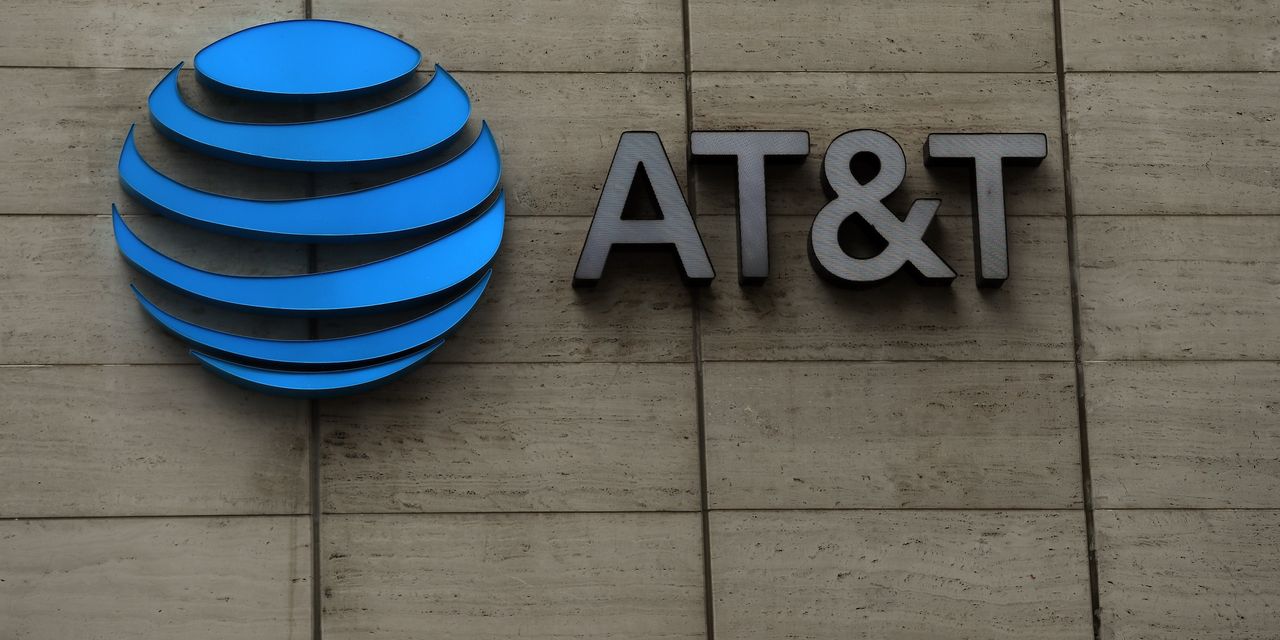 AT&T Inc.’s aggressive promotional strategy around the iPhone 12 launch paid off in terms of wireless subscriber growth, though it ate at the company’s margins.

earnings call, while postpaid phone churn of 0.76% was the second-lowest total in the company’s history.

On the flip side, AT&T saw its wireless earnings before interest, taxes, depreciation and amortization (Ebitda) service margins decline to 50.6% from 54% a year earlier. Consensus estimates were for a “gentle 10 [basis-point] decline,” wrote MoffettNathanson analyst Craig Moffett.

The report revealed that “improving volume has a near-term cost,” according to Citi Research analyst Michael Rollins, who has a buy rating on the stock.

“To be sure, the market seems to love growth above all else at the moment,” wrote Moffett, who has a sell rating and $24 target price on AT&T’s stock. “Verizon
VZ,

learned as much the hard way yesterday, missing unit growth but beating on margins.”

AT&T shares are now down 1% in midday trading Wednesday after rising as much as 1.5% earlier in the session.

The company’s latest report also brought changes to the way the company breaks out entertainment results as well as a candid assessment of the challenges facing the film business during the pandemic.

The company broke out its video and broadband businesses separately for the first time Wednesday, a move that “increases speculation about a potential sale of the video business,” Edward Jones analyst David Heger told MarketWatch. He has a buy rating on the stock.

The video business continued its decline, shedding a net of 617,000 “premium video” subscribers across its DirecTV and U-verse platforms, while AT&T’s new disclosures showed an Ebitda margin of 8.6% in video. Granted, the numbers included lower-margin U-Verse subscribers and the seasonal element of the Sunday Ticket NFL package, but the margins were a far cry from “the heady days when DirecTV’s margins (at the time they were acquired) hovered in the mid-20s,” Moffett wrote.

Given AT&T’s leverage position and the expectation that a recent wireless auction for spectrum crucial to the 5G rollout was costlier than anticipated, AT&T is thought to be considering a sale of troubled video assets to improve its financial position.

AT&T announced Wednesday that it has “reassessed the book values of our video assets, including goodwill and other long-lived assets,” Stephens said on the call. That resulted in a pretax noncash impairment charge of $15.5.

The company also “adjusted for an actuary loss to our benefit plans and a write-off of production and other content inventory at WarnerMedia, stemming from the continued shutdown of theaters and film releases going on HBO Max,” Stephens said.

AT&T’s tone indicated that the company is “trying to be realistic or pragmatic about the movie business in 2021,” Heger said, with an expectation that the first half of the year will look a lot like 2020 before things start to recover in the second half of the year. Even then, the theatrical slate could be crowded with studios all pushing back releases, prompting AT&T’s previously announced decision to debut 17 films from its 2021 slate on its HBOMax streaming service on the same day they hit theaters.

“We don’t believe that magically just because there’s more content showing up in theaters all at the same time that that’s going to dramatically increase the size of the moviegoing population at that time,” Chief Executive John Stanley said on the call. “So as we indicated by making the write-off, we felt like we had a little bit of a spoiling asset here that needed to be moved, used more effectively. And this was the right economic call that balances across both sides.”

Financially, the move to bring films to streaming more quickly during 2021 is “not giving the same kind of returns that showing in a theater would be” during normal times, but the decision represents an attempt to make something out of a tough situation,” Heger said.

For the fourth quarter, AT&T reported an overall net loss of $13.9 billion, or $1.95 a share, versus net income of $2.4 billion, or 33 cents a share, a year prior. After a $2.70 adjustment per share related to asset impairments, merger-amortization costs, and other factors, AT&T earned 75 cents a share, down from 89 cents a year earlier but ahead of the FactSet consensus, which called for 73 cents.

Revenue for the fourth quarter slipped to $45.7 billion from $46.8 billion, while analysts were expecting $44.5 billion.