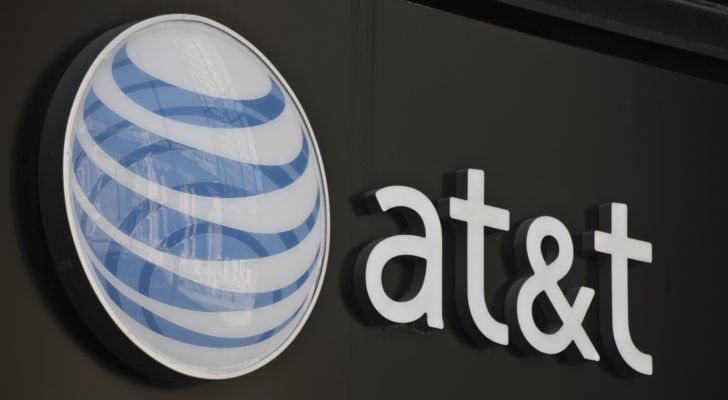 AT&T (NYSE:T) bought DirecTv and Time Warner in the last decade, after becoming convinced that just moving bits was a bad business. Now, with 5G and the promise of the Machine Internet, bits are becoming a very good business. The question is whether T stock can make the turn.

AT&T opened for trade Jan. 29 at $28.80. It traded at over $38 before the pandemic but has only briefly breached $30 twice since it began. This is despite holding what should be prime pandemic assets in WarnerMedia’s TV and film studios, its program libraries and CNN.

The company’s Jan. 27 earnings release saw it bringing in $10.1 billion in operating cash flow from $45.7 billion of revenue. But its past still haunts. It wrote off $15.5 billion from its “video business,” reporting a net loss of 75 cents/share.

T Stock and the Video Disaster

While the numbers beat estimates, with analysts calling it a “good quarter,” shares only briefly touched $30 before returning to their pre-earnings price. At its current price, the company’s 51 cent/share dividend yields an incredible 7.14%.

It’s now clear that former CEO Randall Stephenson buying DirecTv, and later, WarnerMedia, were among the biggest business mistakes of the 21st century.

DirecTv cost $67.5 billion, including the assumption of debt. AT&T recently sought bids on the asset, which came in at $15 billion.

WarnerMedia cost $108.7 billion, again including debt. WarnerMedia revenue dropped 21% during the quarter, due to cord-cutting and less advertising.

During the quarter AT&T also decided it will release future movies to its HBO Max streaming platform at the same time they go to theaters. This boosted subscriptions to 41.5 million, but fewer than half of current HBO subscribers eligible for the package signed up. The company eventually signed distribution deals with Roku (NASDAQ:ROKU) and Amazon (NASDAQ:AMZN), but the damage in the fourth quarter was evident.

CEO John Stankey blamed COVID for the WarnerMedia troubles. He promised an ad-supported version of HBO Max will be launched in the second quarter.

The future isn’t all rosy. Comcast (NASDAQ:CMCSA), Charter Communications (NASDAQ:CHTR) and DISH Network (NASDAQ:DISH) may have teamed up to buy a competitive 5G spectrum position, albeit at nosebleed prices. The results will be announced later this quarter.

But AT&T already has its network assets operating. It had $2.1 billion in capital spending during the fourth quarter. New equipment will be expensive but it can be bolted onto the existing network, which is highly profitable.

While most attention is focused on the “C-Band,” at around 4 GHz (WiFi runs at either 2.4 GHz or 5.5 GHz) 5G signals run in three different bands. These range from the old broadcasting spectrum at 450 MHz to former satellite spectrum at over 50 GHz. Peak data rates for a mature network can be as high as 20 Gbps down, 10 Gbps up, in each network cell, all of it subject to backhaul.

This means 5G services can be run at either very short distances or very long ones, along with current cellular distances. It means backhaul, which AT&T has in abundance, becomes more important. It means new applications inside factories, homes, and cities, what I’ve called the Machine Internet, is on the way.

AT&T is burdened by its past mistakes. That’s why its stock is down and rivals stocks like T-Mobile US (NASDAQ:TMUS) are up.

But there are also opportunities ahead. If AT&T can bring its asset base to bear on them, huge profits can be won over the next decade. You can get a 7% return while you wait for that.

At the time of publication, Dana Blankenhorn owned shares in AMZN and T.

Dana Blankenhorn has been a financial and technology journalist since 1978. He is the author of Technology’s Big Bang: Yesterday, Today and Tomorrow with Moore’s Law, available at the Amazon Kindle store. Write him at [email protected], tweet him at @danablankenhorn, or subscribe to his Substack https://danafblankenhorn.substack.com/.

Back to Top
Close Add post
X
Digital Currency Bill: Crypto startups seek clarity on govt’s proposed ban of ‘private’ cryptocurren…BusinessBitcoin with the market cap of $624 billion as of January 31, 2020, was theoretically ahead of companies like Berkshire Hathaway, Samsung, Visa, Walma…

X
Robinhood Limits Trading for SNDL Stock: What You Need to Know…BusinessYou probably think of Sundial Growers (NASDAQ:SNDL) as a marijuana play. After all, it’s one of the larger publicly listed cannabis companies out ther…
close