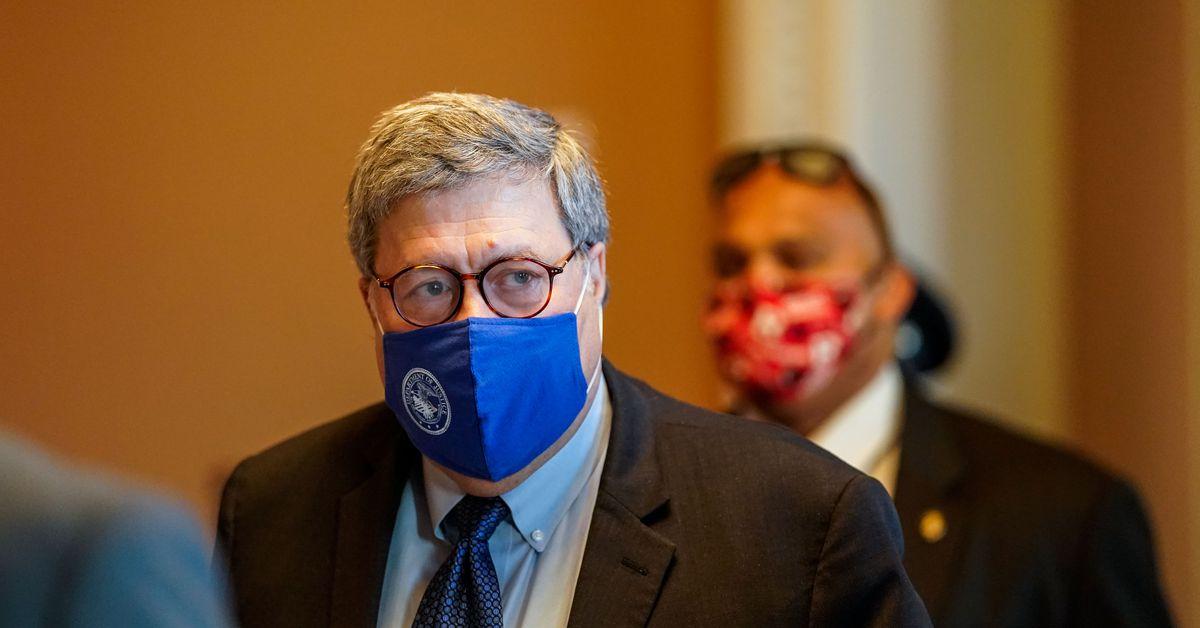 Barr has been one of Trump’s most loyal allies, most notably for his outspoken criticism of the 2016 Russia investigation and for going as far as launching an investigation into the origins of that probe.

But Barr’s relationship with the president had become strained in recent weeks over the attorney general’s refusal to back Trump’s claims of widespread voter fraud in the 2020 election. Barr, contradicting Trump, said earlier this month that there was no evidence of “fraud on a scale that could have effected a different outcome in the election.” Barr had reportedly told associates in recent weeks that he was considering stepping down from his post before Inauguration Day.

Whether this was fully Barr’s decision is not totally clear, given that the attorney general had clearly fallen out of favor with the president. Last week, Trump retweeted a post that called for Barr to be fired. Trump also added his own commentary: “A big disappointment!”

On Monday, before the news of Barr’s departure had been announced, a reporter asked White House press secretary Kayleigh McEnany about the friction between Barr and Trump. “Yeah, you know there’s a clear frustration,” she responded. “I’ll leave it at that.”

Trump, in announcing Barr’s resignation Monday evening, said in a tweet: “Our relationship has been a very good one, he has done an outstanding job!”

In it, Barr praises the president effusively, saying that he is “greatly honored that you called on me to serve your Administration and the American people once again as Attorney General.”

“I am proud to have played a role in the many successes and unprecedented achievements you have delivered for the American people,” Barr writes. He continues:

Your record is all the more historic because you accomplished it in the face of relentless, implacable resistance. Your 2016 victory speech in which you reached out to your opponents and called for working together for the benefit of the American people was immediately met by a partisan onslaught against you in which no tactic, no matter how abusive and deceitful, was out of bounds. The nadir of this campaign was the effort to cripple, if not oust, your Administration with frenzied and baseless accusations of collusion with Russia.

This is a truly remarkable statement, given that Barr was tasked with overseeing the conclusion of special counsel Robert Mueller’s investigation into Russian interference in the 2016 election.

Barr has made no secret of his distaste for the Russia probe, and he made controversial moves that critics say undercut Mueller’s work, from misleadingly framing Mueller’s findings in an early summary to questionable interventions in the cases of former National Security Adviser Michael Flynn and Trump associate Roger Stone, both of whom were charged in the special counsel’s investigation. (Trump later commuted Stone’s sentence, and he recently pardoned Flynn.)

Barr also tapped a US federal prosecutor, John Durham, to launch an inquiry into the origins of the 2016 Russia investigation. Barr has since named Durham as special counsel, thereby allowing Durham to continue his work under a Biden presidency.

Barr helped Trump advance his agenda in other ways, too, including on immigration and on punishing protesters and cities for disorder during this summer’s protests.

But all of that might not have been enough to keep Barr in Trump’s good graces once Barr decided not to back Trump’s disproven claims that the election was stolen from him. Instead, Barr is the latest official departing or forced out with just weeks left in Trump’s presidency.