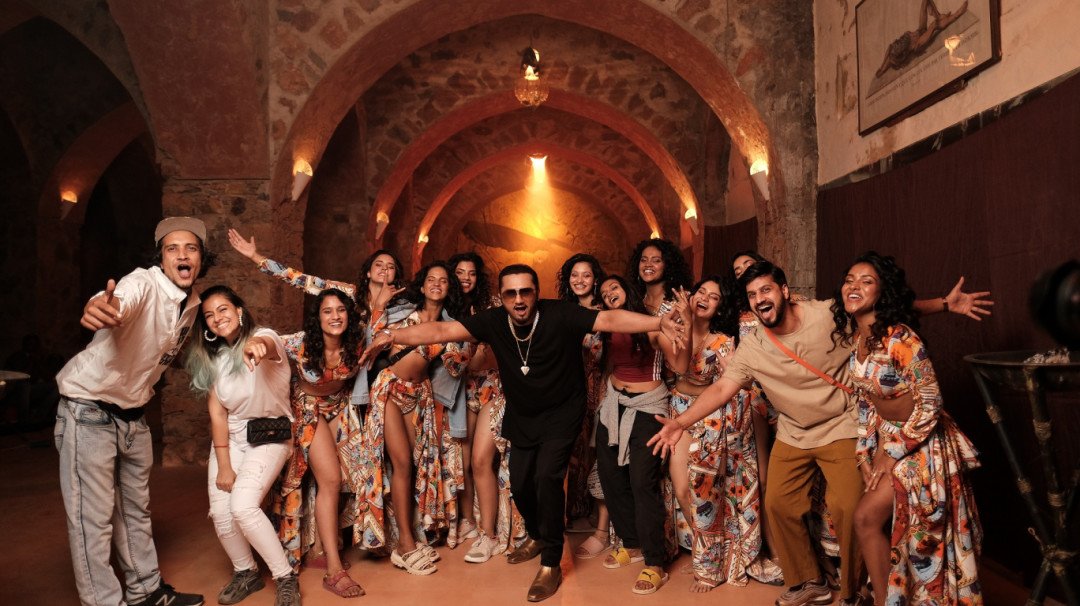 With rapper and music sensation Yo Yo Honey Singh, releasing a fresh music single titled Saiyaan Ji, according to sources, the song which has Nushrratt Bharuccha dancing to Singh’s tune, has been choreographed by Atul Jindal.

The team of Mumbai Live got in touch with Atul Jindal, Director and the Head Choreographer of Dance Company Big Dance Centre. Speaking to the ace choreographer, Atul stated that both he and Yo Yo Honey Singh have had a long journey of dance hits right from songs like – Loca Loca, 4 bottle vodka, Blue Eyes to the first kiss, and jingle bell which was released in December 2020.

Speaking about his childhood and the first dance instance that he remembers, the choreographer opined, “The whole thing initially started as a hobby. It goes way back to school and the college days, dancing at parties with family and friends. Once I decided this was something I really wanted to do as a career, I think it was ten years back, but I was the first Indian on Broadway and there was no looking back,”

Further talking about his dance academy, Jindal informed, “We have dance classes in both Delhi and Bombay. We started the classes in Delhi some 10 years back. Since dance does not happen to be a stable career choice, you can do it as a hobby but the question remains how will you live out of it. The idea of the academy is to give the next generation of dancers the right training and also expose them to the commercial world so that they can earn their livelihood out of dancing,”

Sharing his favourite moments of working in the Hindi Film Industry or Bollywood, he exclaimed, “The experience is amazing. You get to meet so many people, professionals and stars, from different departments, the experience is great as you learn from everyone. The most memorable experience and I say this to everyone, I think meeting Amitabh Bachchan was the best thing in my life,”

When questioned about his friendship with Honey Singh and shooting Blue Eyes, he stated, “Our friendship goes back several years. Now we do not have a working relationship that is there between two artists. We are of the same age and we come from the same background so we connect on several levels, especially with the international training that both of us have received, weaving it and connecting it with the art of India and the country’s culture, our friendship has evolved over the years.”

Atul Jindal on Bollywood, Yo Yo Honey Singh and dancing