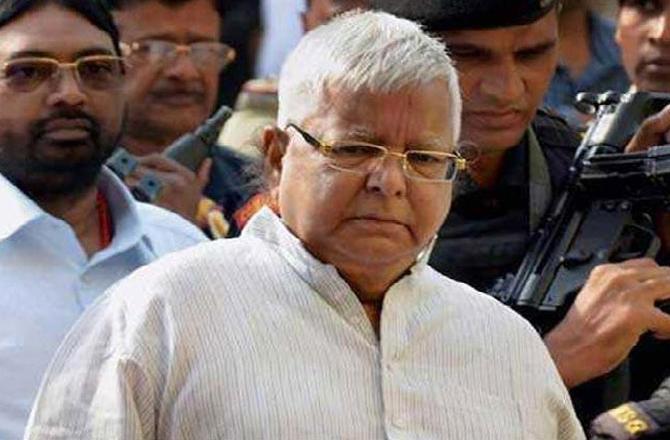 As the election of new Bihar Assembly Speaker was slated to be held on Wednesday, political temperature in the state rose due to an audio clip of an alleged telephonic talk of jailed RJD leader Lalu Prasad with an NDA MLA.

“Everything is recorded. I thought everybody is congratulating me on the victory, so they are also going to do the same,” he said, adding that he was at Sushil Kumar Modi’s residence when he received the call.

In the audio clip, Lalu Prasad who is lodged at the Director’s Bungalow at Rajendra Institute of Medical Sciences in Ranchi for treatment is allegedly heard talking to Rashtriya Lok Samta Party MLA Lallan Paswan and congratulating him on his election. Then the Rashtriya Janata Dal leader allegedly asks Paswan to help the opposition party in the Assembly Speaker’s election and assures him of making him a Minister once the RJD comes to power.

When Paswan pleads that he is bound by party discipline, Lalu allegedly tells him: “Absent yourself from the Assembly today. Say that you have coronavirus infection. We will see once our man gets elected as Speaker.”

Even as the MLA further expresses his reluctance, the RJD leader reportedly again asks him to not attend the Assembly on Wednesday.

On the other hand, the RJD said the allegation was “baseless”. RJD leader Bhai Virendra accused Sushil Kumar Modi of talking on irrelevant things, adding that the BJP was trying to divert public attention from main issues.

In a tweet on Tuesday evening, Sushil Kumar Modi had alleged that Lalu Prasad had been calling up NDA MLAs from Ranchi and luring them with ministerial posts. “When I called up that number, Lalu Prasad himself picked up the phone. I told him not to indulge in such antics from jail and that he will not succeed,” the BJP leader said.

While the NDA has 125 MLAs in the new Assembly, the Grand Alliance has 110.

Lalu Prasad was lodged in Ranchi jail after his conviction in several fodder scam cases. However, he is at present admitted in RIMS for treatment.

DeFIRE Raises $5M in Pre-IDO Fundraising Round By CoinQuora