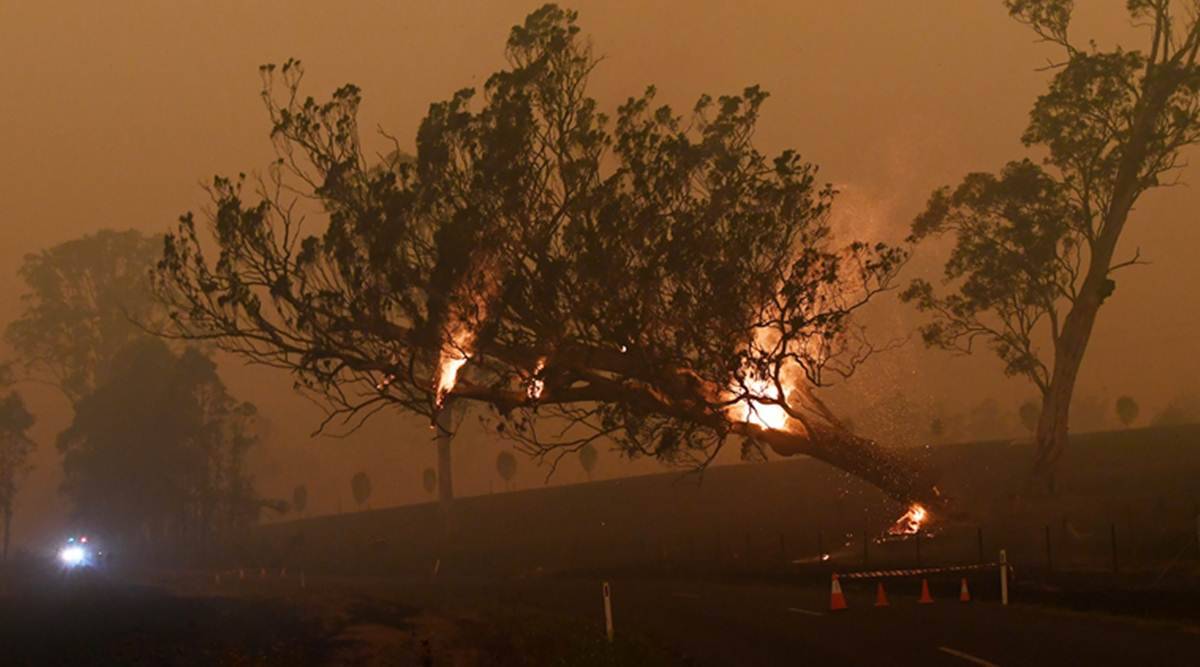 A burning gum tree is felled to stop it from falling on a car in Corbago, as bushfires continue in New South Wales, Australia January 5, 2020. REUTERS/Tracey Nearmy

Residents of a coastal township on Australia’s World Heritage-listed Fraser Island were told to evacuate on Sunday as a bushfire approached.

Since it was sparked by an illegal campfire seven weeks ago, the blaze has blackened half the island off Australia’s north eastern coast, which is part of the Great Barrier Reef and famed for a tropical rainforest on sand dunes, and inland lakes.

“Leaving immediately is the safest option, as it will soon be too dangerous to drive,” Queensland state’s Fire and Emergency Services said on social media. “Any persons in the vicinity of Happy Valley township should leave the area.”