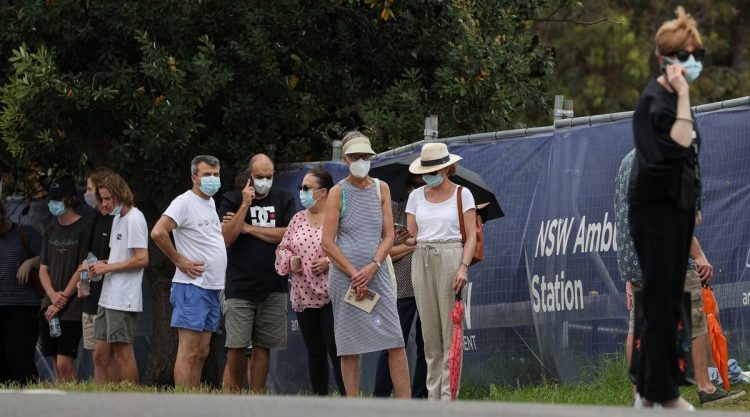 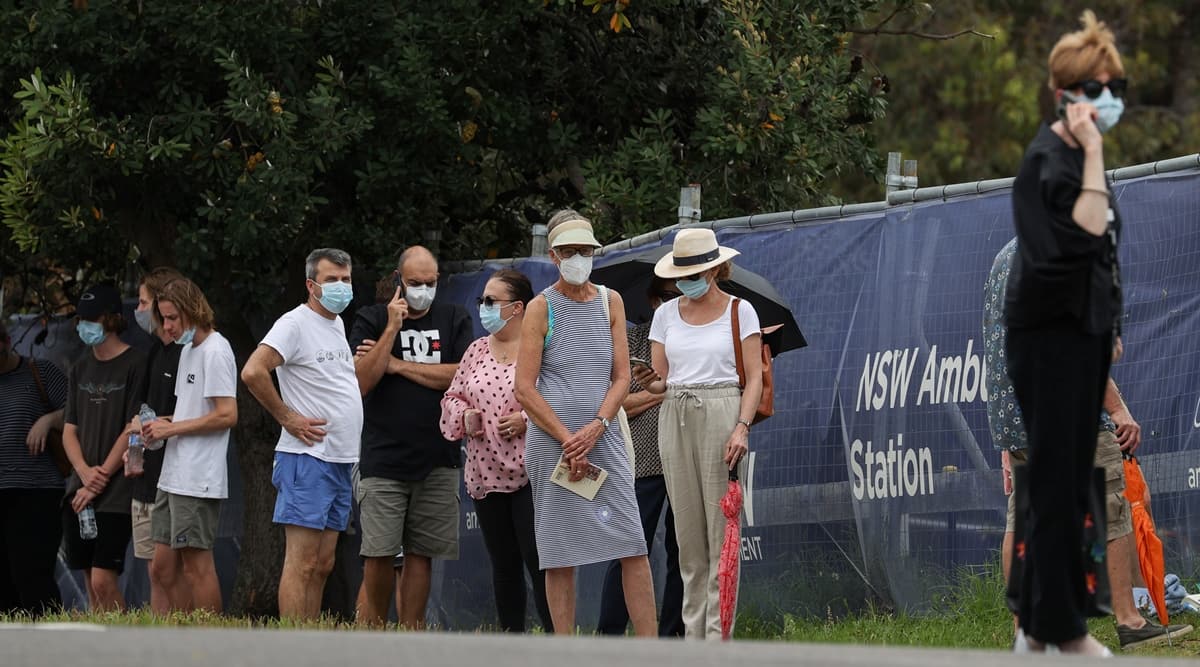 People wait in line at a coronavirus disease (COVID-19) testing clinic at Mona Vale Hospital in the wake of a new outbreak in the Northern Beaches area of Sydney, Australia, December 18, 2020. (Reuters/Loren Elliott)

Australia confirmed on Monday it has detected two cases of a fast-spreading new coronavirus strain that has forced Britain to reverse plans to ease curbs over Christmas, the first confirmed cases of the strain in the Asia-Pacific region.

Australia’s most populous state on Sunday reported six new cases of the novel coronavirus in people returning from overseas and in quarantine, and authorities said among them were two cases of the fast-spreading new strain.

However, New South Wales officials stressed that no people infected with the new strain were believed to be circulating in the community. “We’ve had a couple of UK returned travellers with the particular mutations,” NSW chief health officer Kerry Chant told reporters.

Australia, which has since March closed its borders to all non-citizens and permanent residents, said it was not considering suspending flights with Britain. “Everyone coming from the UK is going into 14 days of hotel quarantine and they are of no risk as that quarantine works so successfully,” Chief Medical Officer Paul Kelly told reporters.

Authorities were also hopeful they were getting to grips with a flare-up of the virus in Sydney after New South Wales reported its lowest one-day rise in new infections in three days.

The state said 15 people had tested positive for the virus in the past 24 hours, down from the 30 the previous day, bringing the total number of cases in a new outbreak centred on Sydney’s northern beaches to 83. “I’m pleased with what we’ve seen overnight, but again, it’s volatile,” NSW Premier Gladys Berejiklian told reporters.

The government would provide an update by Wednesday on “what Christmas and the next few days look like” in terms of containment measures, she said.

Other states and territories have moved quickly to close borders to all of Sydney’s 5 million residents, throwing Christmas travel plans into disarray. “2020 is not done with us yet,” Prime Minister Scott Morrison told reporters.

NSW imposed a lockdown on Friday in Sydney’s northern beaches area, home to more than 250,000 people, after the cluster emerged, centred on two dining and entertainment venues in the seaside suburb of Avalon.

Authorities have urged anyone who visited the venues to immediately get tested and self-isolate, while dozens of domestic flights due to leave Sydney were cancelled.

With travel in chaos, states and territories warned their residents to leave NSW and return quickly if they wanted to avoid mandatory quarantine.

Concrete barriers will appear on the border between NSW and Queensland state, with police and military personnel deployed to enforce the rules, the Queensland state government said. Desperate to contain the spread, NSW has opened dozens of new testing sites, some running 24-hours a day.

Health authorities said more than 38,000 tests had been conducted in the past 24 hours, a record. The source of the Sydney cluster was not known although Berejiklian said tests showed the virus strain was almost identical to that found in an unidentified woman who arrived on
Dec. 1 from the United States.

All arrivals have to go into quarantine, which Australia credits as central to its avoiding high coronavirus numbers compared with other developed nations. Australia has recorded almost 28,200 cases and 908 deaths since the pandemic began.

Sydney’s outbreak has forced the abandonment of the annual Sydney-to-Hobart yacht race for the first time in 76 years, and other cities are on standby to host a cricket test between Australia and India scheduled to start at the Sydney Cricket Ground on Jan. 7.