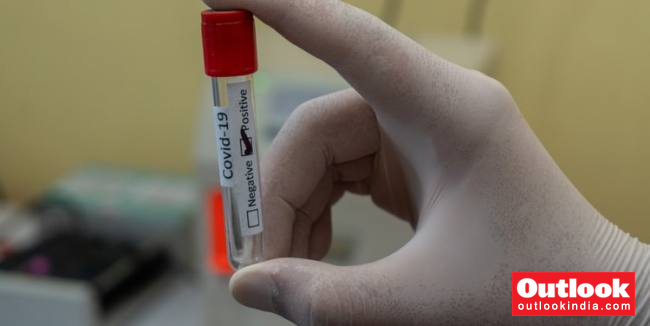 The clinical trials of a coronavirus vaccine candidate being developed in Australia has been scrapped after trial participants returned false positive test results for HIV, the developers announced on Friday.The Covid-19 vaccine, which was being developed by the University of Queensland (UQ) and biotech firm CSL, have been scrapped, the company said in a statement released to the Australian Stock Exchange, CSL said it would halt the further trials.

The vaccine was one of four candidates that Australia had committed to buy and accordingly agreements were made to secure 51 million doses of the vaccine.

Stressing the vaccine had a “strong safety profile”, CSL said: “The potential for this cross-reaction had been anticipated prior to the commencement of the trial”.

In a statement, CSL said that no serious adverse effects had been reported in the 216 trial participants, and the vaccine was shown to have a “strong safety profile.”

However trial data revealed that antibodies generated by the vaccine interfered with HIV diagnosis and led to false positives on some HIV tests, CSL said.

If the vaccine was rolled out nationally, CSL said it could undermine public health in Australia by causing a wave of false positive HIV tests in the community.

“Follow up tests confirmed that there is no HIV virus present, just a false positive on certain HIV tests. There is no possibility the vaccine causes infection,” the statement added.

CSL also said participants were told before the trial started that the vaccine could interfere with certain HIV diagnostic tests.

Human trials have been conducted since July this year with 120 volunteers in Brisbane.

The vaccine, manufactured at CSL’s biologics facility in Victoria, was developed using an existing UQ technology called a “molecular clamp”, a patented system that is designed to stimulate an immune response and protect against people developing Covid-19.

“What happened today is not a surprise to the Government. We are moving swiftly but not with any undue haste,’ he said, adding the system’s working as it should and Australians are protected, as always.

The University of Queensland commenced a Phase 1 trial of their COVID-19 vaccine candidate – v451 in July 2020 to assess safety and immunogenicity in healthy volunteers.

CSL was working towards taking responsibility for the Phase 2/3 clinical trial and large-scale manufacture of the vaccine, upon completion of successful trials.

UQ Vice-Chancellor Deborah Terry said while the outcome was disappointing, she was immensely proud of the UQ team who had shouldered a heavy burden of responsibility while the world watched on.

“I also want to thank our many partners, our donors – including the Federal and Queensland Government – and of course the 216 Queenslanders who so willingly volunteered for the Phase 1 trials,” Terry said.

UQ vaccine co-lead Paul Young said that although it was possible to re-engineer the vaccine, the team did not have the luxury of time needed.

“Doing so would set back development by another 12 or so months, and while this is a tough decision to take, the urgent need for a vaccine has to be everyone’s priority,” Young said.

Australia has so far reported 28,011 cases of coronavirus and 908 deaths related to it, according to Johns Hopkins University.