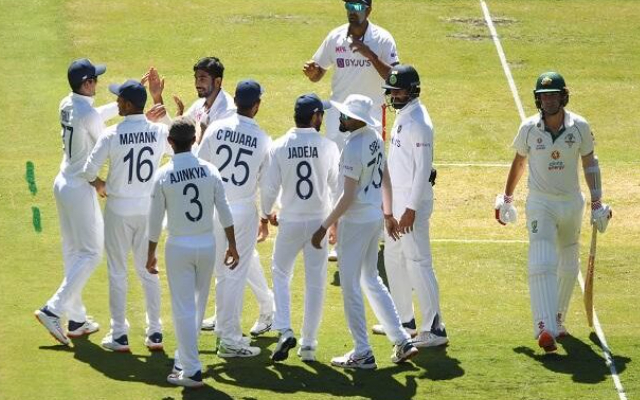 Members of Team India reached Brisbane on Tuesday morning after drawing the Sydney Test to keep the series alive. The fourth Test starting in Brisbane from next Friday thus becomes a decider. Meanwhile, members of the Indian team have expressed their displeasure regarding the cleanliness of the hotel rooms upon reaching Australia’s third-largest city.

The players have been locked up in hotel rooms with no access to the pools, gym or refreshment area. The hotel is inside four kilometers from the stadium. The Times of India have reported that the members of the Indian team are very unhappy seeing the condition of the hotel. Though the visitors have labeled the hotel room a ‘good one’, the Indian contingent has reportedly described its rooms as a prison for all practical purposes. According to a report the Indian team is stuck inside the hotel rooms.

“We are locked up in our rooms, have to make our own beds, clean our own toilets. Food is coming from a nearby Indian restaurant which will be given to us on our floor. We can’t move out of the floor that’s been designated to us,” the members of the Indian contingent reckoned when asked to describe the hotel premises.

The TOI report further said that the entire hotel is empty and the players are being denied from using the gym or the swimming pool. All the cafes and restaurants in the hotel are shut as well. The city of Brisbane reported a fresh COVID positive case a few days earlier due to which the city was under a three-day lockdown last week.

After a lot of deliberation, The Gabba has been finally made ready to host the final Test. Team India had previously expressed their reservations upon traveling to Brisbane as it would enforce them in a hard lockdown. The Brisbane Test starts from January 15 and is the last Test match of the series.