Australian Military Moves to Dismiss Soldiers After Killings in Afghanistan 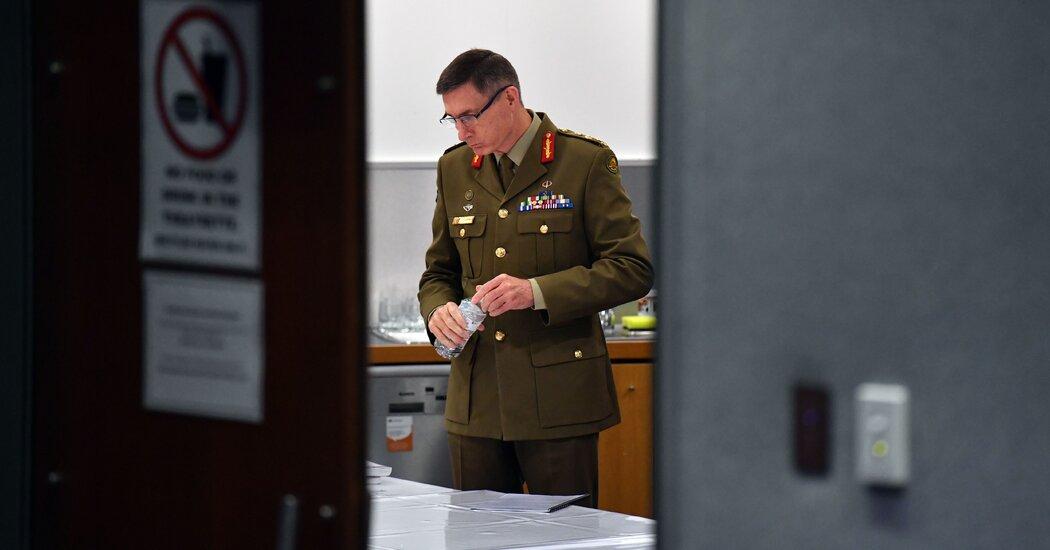 MELBOURNE, Australia — One week after the release of a damning report that revealed Australian special forces had unlawfully killed helpless Afghan civilians and waged a campaign to cover up the slaughter, the military has begun proceedings to dismiss 13 soldiers serving in the force.

At a news conference on Friday, the chief of the Australian Army, Lt. Gen. Rick Burr, said the soldiers had “been issued administrative action notices in relation to the Afghanistan inquiry.”

“Administrative action includes receiving a notice proposing to terminate the individual’s service,” he added. “The notice allows the individual an opportunity to respond within a minimum of 14 days.” No one had been officially terminated yet, he said.

The four-year investigation by the Defense Department’s inspector general exposed an extreme “warrior culture” within the elite special forces. It found credible evidence that more than two dozen current or former soldiers had either been involved as principal actors or as accessories in the killing of 39 Afghan adolescents, prisoners, farmers and other civilians between 2005 and 2016.

The investigation detailed how some superior officers ordered junior soldiers to execute Afghan prisoners to record their first “kill” in an initiation ritual known as “blooding.” Afterward, weapons or equipment would be placed near the bodies to make them look like legitimate targets, and cover stories would be invented.

It was the first time that a member of the American-led coalition in Afghanistan had so publicly accused its troops of wrongdoing, and on such a large scale.

The inspector general recommended that 19 soldiers be referred to criminal prosecutors and that compensation be paid to the families of the Afghan victims. The report also called for administrative action against serving soldiers whose misconduct had not been sufficiently grave or did not meet the threshold of evidence for criminal prosecution, but which “should have some consequence for the member.”

General Campbell accepted all of the report’s recommendations, saying he would eliminate an elite unit at the center of the investigation.

It was unclear whether the 13 soldiers were among the 19 recommended for criminal investigation.

‘The Angriest Octopus’ Lashes at a Tourist on an Australian Beach

EXO’s Baekhyun pens thoughtful letter confirming he will enlist in military on his birthday,...

Watch – Shikhar Dhawan And Dhanashree Verma Set The Floor On Fire With Their...