Home Sports Australian Open 2021 Men’s Singles: From Novak Djokovic to Rafael Nadal; 6 players to watch out for in Melbourne

Australian Open 2021 Men’s Singles: From Novak Djokovic to Rafael Nadal; 6 players to watch out for in Melbourne 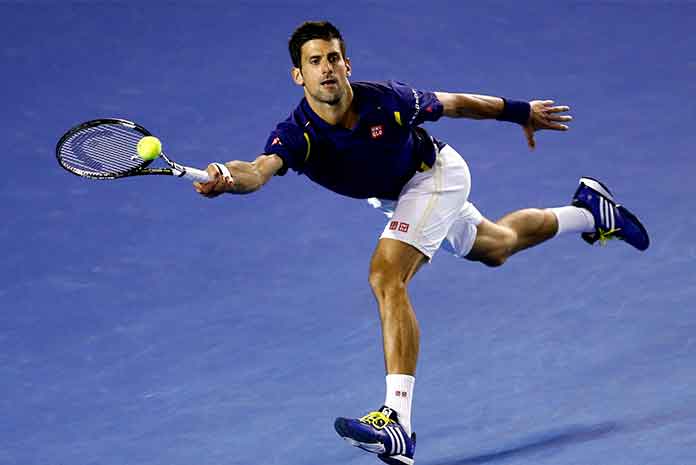 Australian Open 2021 – 6 Favorites for Men’s Singles Title: The much-awaited first Grand Slam of Australian Open 2021 is all set to begin from January 8. The two-week-long tournament will see top players from across the world compete against each other for AO2021 Trophy. In the absence of Roger Federer (Six times Australian Open champion) this year, Novak Djokovic will eye his third consecutive title in the competition. But can Djokovic be stopped? Of-course he can be, Dominic Theim and Rafael Nadal who is on verge of creating history are likely to pose big challenge for the Serb. The latter will also be eyeing his 21st grand slam and break the record of 20 Grand Slam trophies won by Federer.

The 33-year-old is the current world No.1 player and has 17 grand slams to his name. Djokovic has won the tournament six times, tied with Roger Federer. If the Serbian can win the title this year, he will break the latter’s record of winning most Australian Open titles. Novak is currently going through a tough time at the Grand Slams as he failed out to deliver title winning performances at the French Open and US Open last year. Thus, he will come back with all guns blazing.

The king of clay has won 13 titles in the French Open but has failed to replicate his Australian Open success. The world No. 2 has just one Australian Open title to his name and will look to improve his stats. Besides this, another grand slam title victory will take the Spaniard on top of the all-time grand slam winner’s chart.

The Austrian recently won his first grand slam title by defeating Alexander Zverev in the US Open Final. Last year, the 27-year-old had entered the final opposite Novak Djokovic and gave him a tough time before losing to him in the five-set thriller. The world No.3 will be a serious contender to win the Australian Open 2021.

The 22-year-old came into picture when he defeated the Tennis giant Roger Federer in the Australian Open last year. The Greek player has never looked back since then. He has won five singles titles and entered ten finals on the ATP tour. Currently ranked No.6 in the world rankings, Stefanos Tsitsipas had managed to enter the semifinals of the French Open 2020 and Australian Open 2019. The Australian Open 2021 could well be his first grand slam if he continues his stunning display in the court.

The world No.7 had last featured in the US Open final where he gave a tough competition to Dominic Thiem in the five-set thriller. He has won 3 Masters 1000 and 13 ATP titles. The German had entered the semifinals of Australian Open 2020 but failed to win a Grand Slam in the last calendar year. Consistent performance in the Australian Open 2021 could well be his first breakthrough.

The 24-year-old has been impressive in the last two years, achieving a career-high of world No.4. Medvedev has also improved his grand slam performances over the previous 12 months, particularly in the US Open. He has nine ATP titles to his name, including three Masters 1000 title. The Russian will look forward to continuing his good form into the Australian Open 2021.